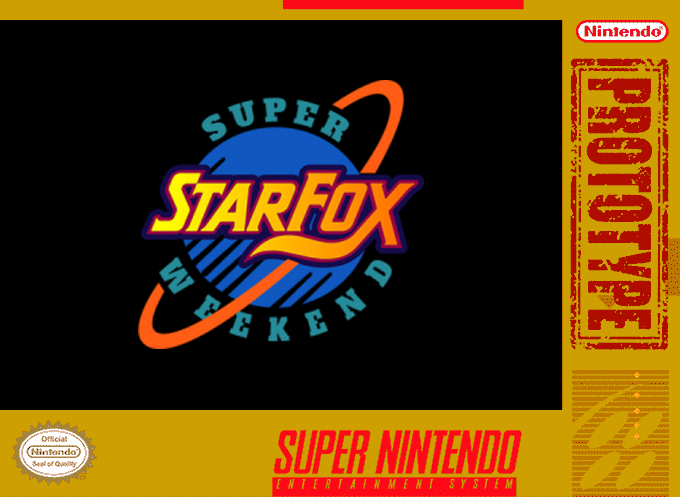 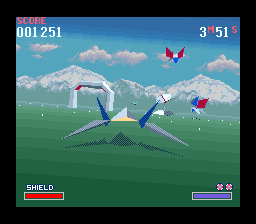 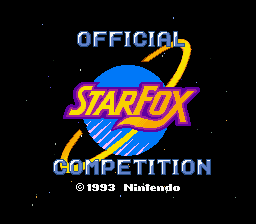 Star Fox Competition Weekend Edition is a rare version of Star Fox (StarWing in Europe) that was sold as a promotional item in certain shops. In Europe & North America it was used for competitions (local and nationwide) to see who could get the most points. Prizes included Nintendo T-Shirts, promotional items, or even holiday destinations. This version has a different game system. Instead of seeing the map screen, you will immediately get stuck in. You will see that there is a time limit, and a score. As far as can be seen, you can't get past Stage 3, which was specially made for the promotion. After the time runs out, Slippy will appear in close-up, telling you "Time Up!". A Hi-Score screen will appear with your score. After that it just restarts.