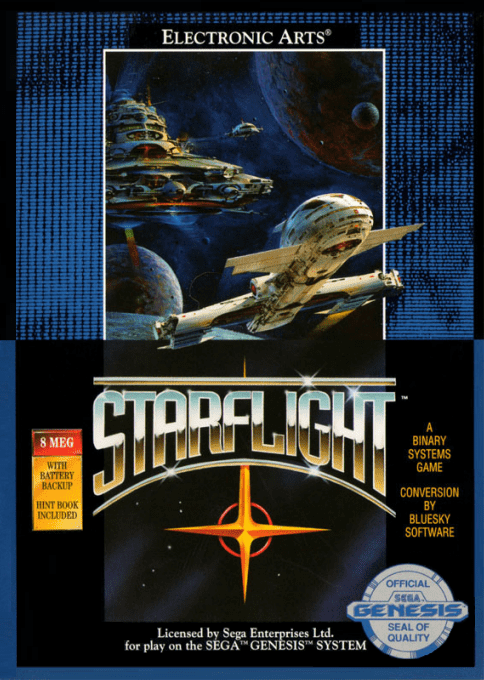 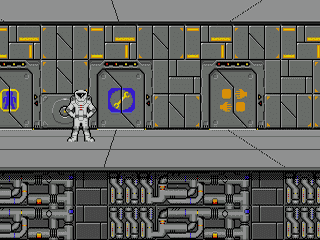 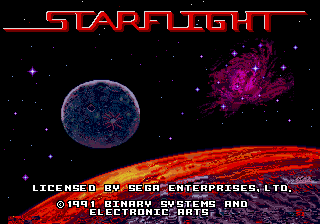 A long time ago, a great empire comprised of Humans, Velox, Thrynn and Elowan ruled the stars. The Empire's currency was an energy source called Endurium. But something happened and this empire is no more. Furthermore, the small colony world named Arth has forgotten this heritage and technology. 1000 years have since passed and the people of Arth have rediscovered archaeological evidence of their empire. Using these discoveries, they create spaceships and form the Interstel corporation to govern the fleet. It's time to take the first steps back into space... but could it be the same enemy that destroyed the Empire still exists? Starflight is a space exploration game. The player must first form a crew, assign their positions and customize the spaceship before blasting off from spacedock. Once out into space, the standard interface allows access to different crew members and navigation. The entire galaxy is unknown and it's up to the player to travel to distant planets to explore and land on them. Using a top-down interface, a planetary lander will venture out with the task of finding minerals and biological data to transport back to Starport. These resources can then be used to train crew members and improve the ship. Different alien races control the galaxy and it will be up to the player to engage them diplomatically or engage them in combat. Successful exploration of the galaxy and alien cultures will yield clues and new leads as to the fate of the Empire.