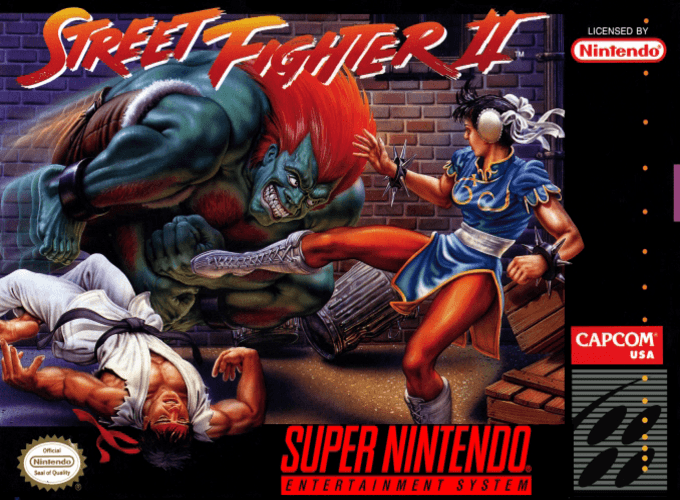 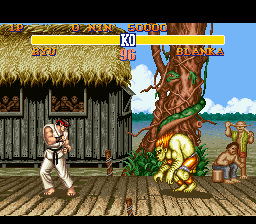 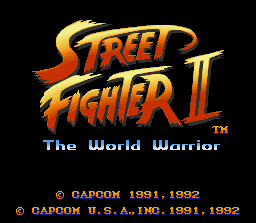 The original Street Fighter II is a famous fighting game. Players select from one of eight characters: Ryu, Ken, Blanka, E. Honda, Zangief, Chun Li, Guile and Dhalsim to do battle with. They must then use their combat strengths to defeat the other seven fighters followed by four boss characters: M. Bison, Vega, Sagat and Balrog. Each character represents a certain country and has their own reasons for wanting to win against the others. Each character contains his own selection of basic fighting techniques based on three styles of punches and three styles of kicks. The effect of each of these changes depending on the characters orientation (ducking, airborne or standing still). Street Fighter 2 made famous the "button combination" style of gameplay used to unleash powerful moves specific to each character. These include the ability to project fireballs, channel electricity or capture the opponent in a tight suplex. Street Fighter 2 is one of the most cloned fighting games and its effects on gameplay and fighting games specifically can not be understated. Street Fighter 2 is responsible for making popular several different elements.