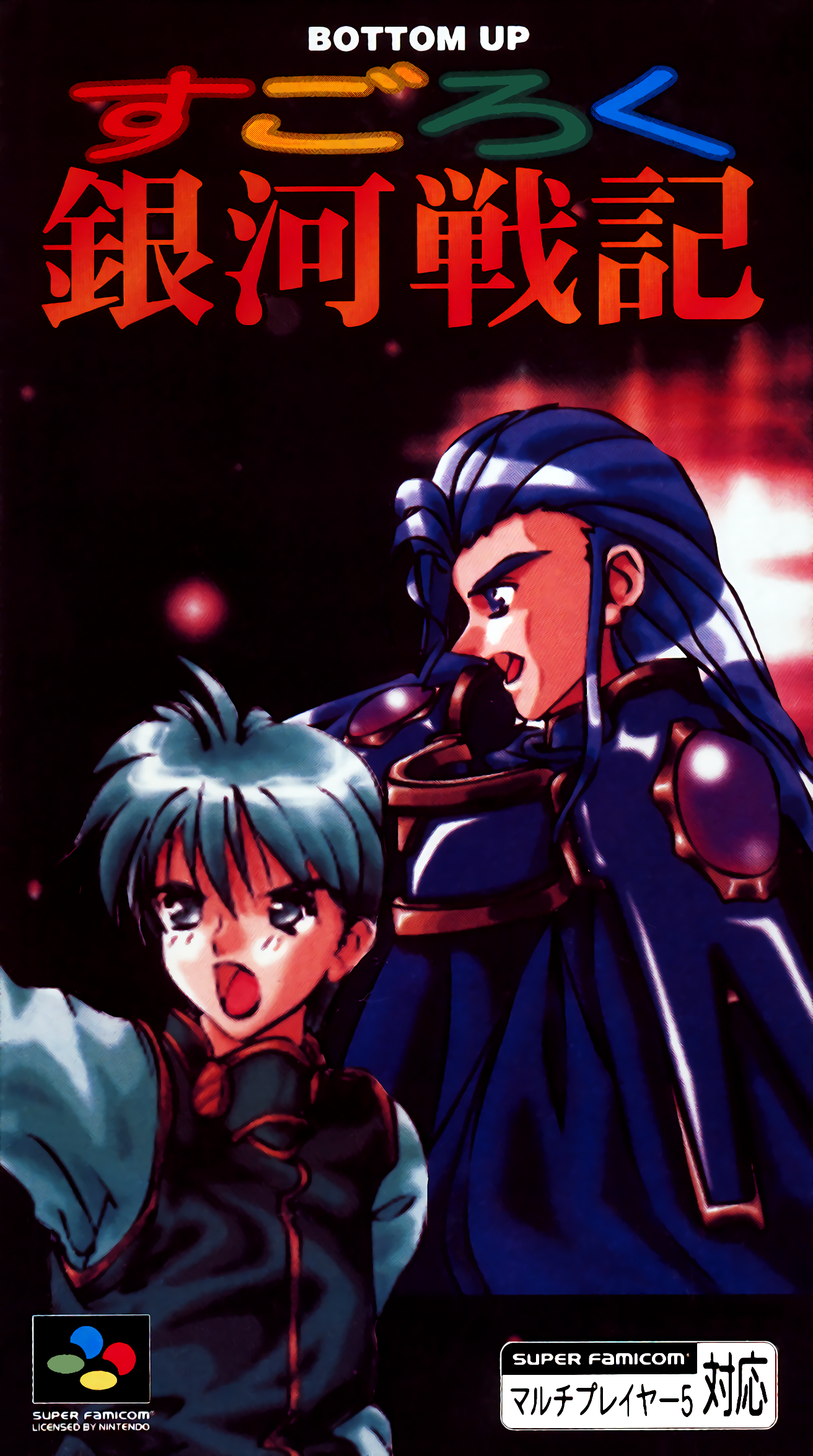 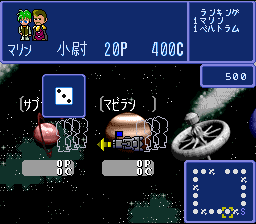 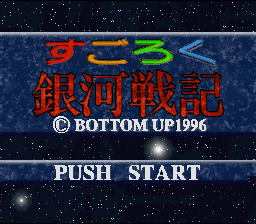 Sugoroku Ginga Senki ("Record of Galactic War Board Game") is a sugoroku-style game, where players roll the dice and move their pieces, then follow the instructions provided on the space. The player hires underlings from the space station, and occupies stars one after another. Depending on where they land, a player might be required to win a mini-game, or succeed in a game of chance. The game uses anime-style cutaways and portraits, but isn't attached to any extant license. Instead, these characters seem to be inspired by other space opera manga/anime, in particular Ginga Eiyuu Densetsu (The Legend of the Galactic Heroes).