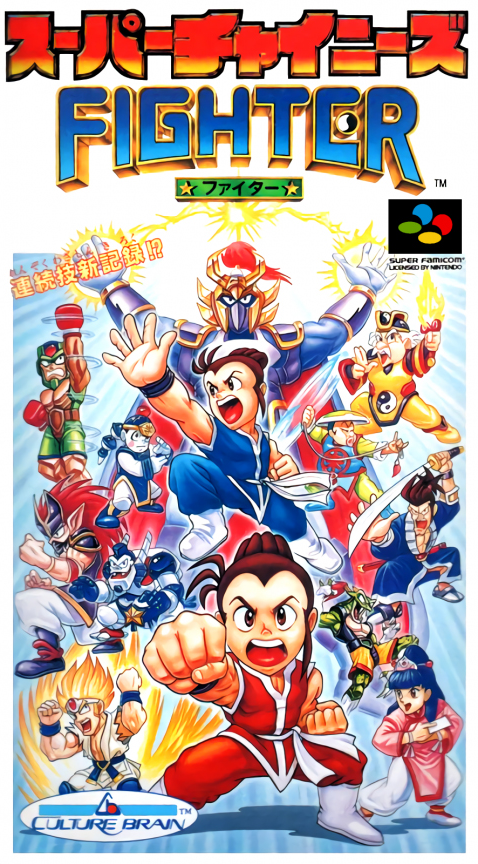 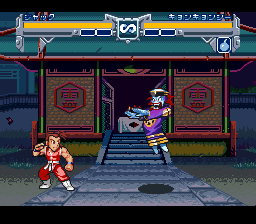 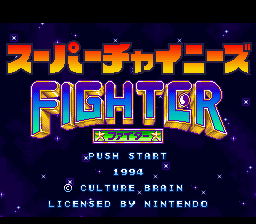 Super Chinese Fighter is a one-on-one fighter game for the Super Famicom and the first of a series of three fighter games based on the Super Chinese franchise from Culture Brain. The narrative of the game follows that of Super Chinese World 2, where extraterrestrial martial arts continue to be a threat to twin protagonists Jack and Ryu and their friends Poi and Lin-Lin. In the adventure mode, Lin-Lin is captured by Kyonkyonshi, a jiang shi, and the two brothers are forced to rescue her. This mode punctuates story scenes with fights against CPU opponents, and also allows the player to acquire consumable items and use them where necessary. The game also has a survival "Circuit" mode and the standard human vs. human Versus mode.