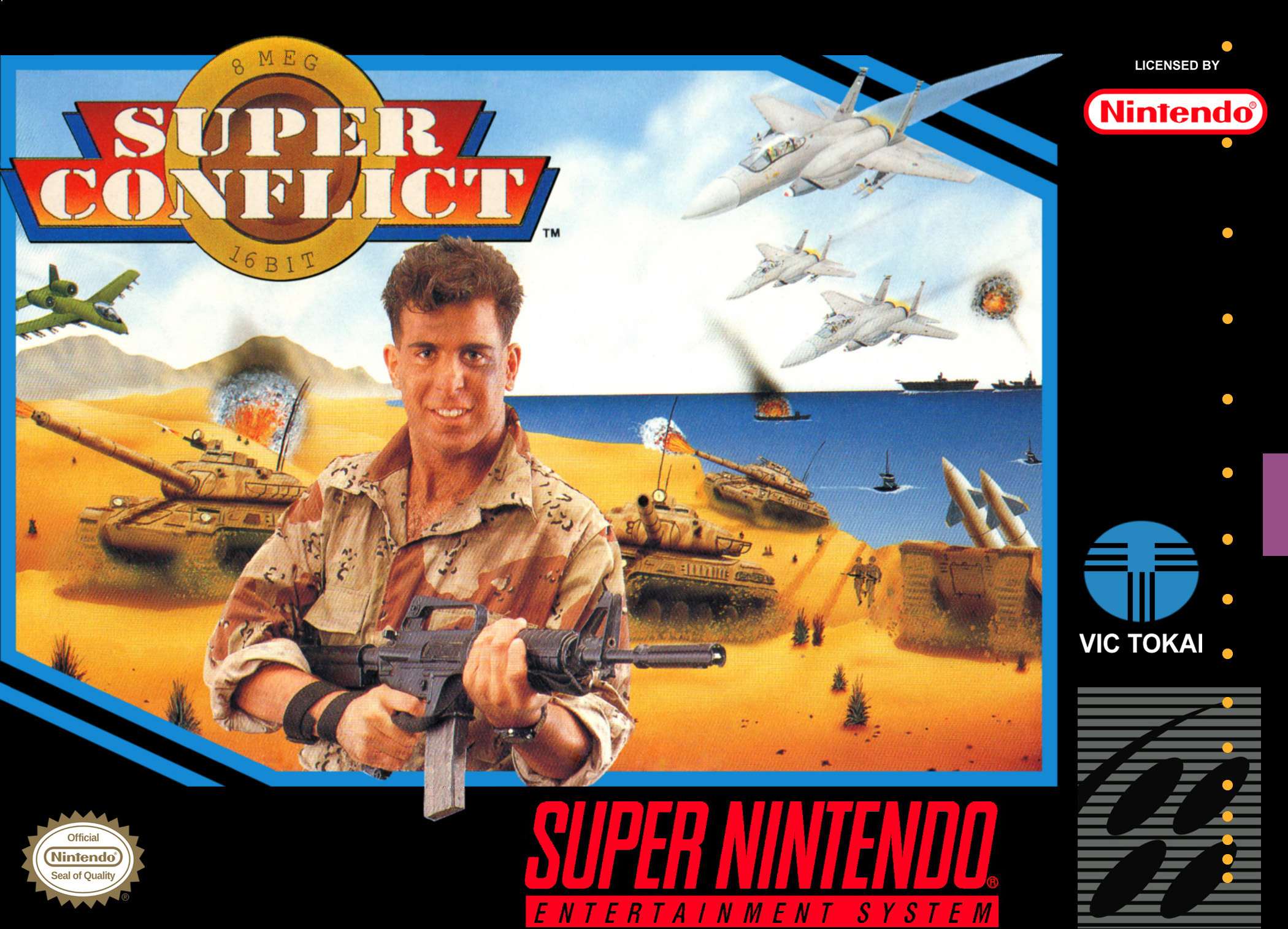 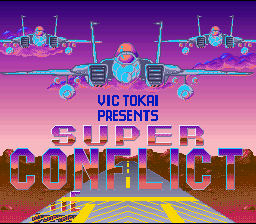 Super Conflict is a strategy game that compares itself to a game of chess: there are two sides (Blue or Red) who must destroy the opposing force's Flag Unit. (In the fifth skill level, there is also a Flag Ship, and the game is lost if either one is destroyed.) Scenarios are laid on on a hexagonal grid, and each space has its own terrain type and can be occupied by one unit. You move your units around and attack enemy units in adjacent hexagons. There are also cities, airports, and shipyards, which you can occupy and use for your own purposes (ie. to repair a unit). Depending on the skill level or scenario you can also construct factories to produce additional units. 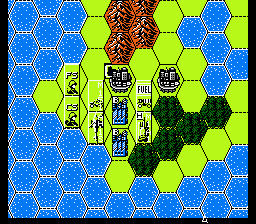