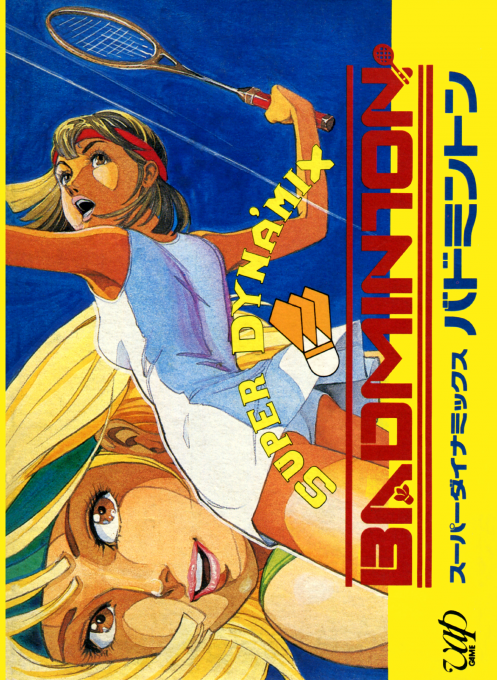 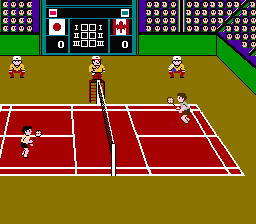 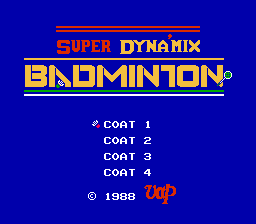 Radically different from other racquet sports such as tennis, badminton uses a high-drag shuttle which gives it an irregular path. In this video game adaptation, the player controls the Japanese player in a competition against five opponents: Canada, USA, UK, South Korea and China. Each match is played on best-of-five sets, played to 15 (boys) or 11 (girls) points. Four different courts can be chosen. Along the d-pad, two buttons are used to control the player - one to swing the racquet, and other to jump. By following the shadow of the shuttle the player can position himself correctly, and then hit it in perfect timing, giving it enough power and lift to reach the opponent's side, and then (hopefully) descend out of the opponent's reach. Jumping allows the player to hit the shuttle downwards but still over the net, reducing the reaction time for a proper return drastically. 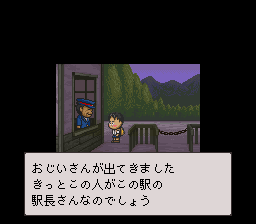 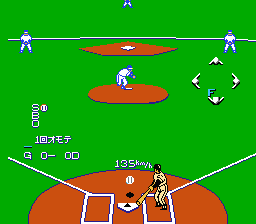