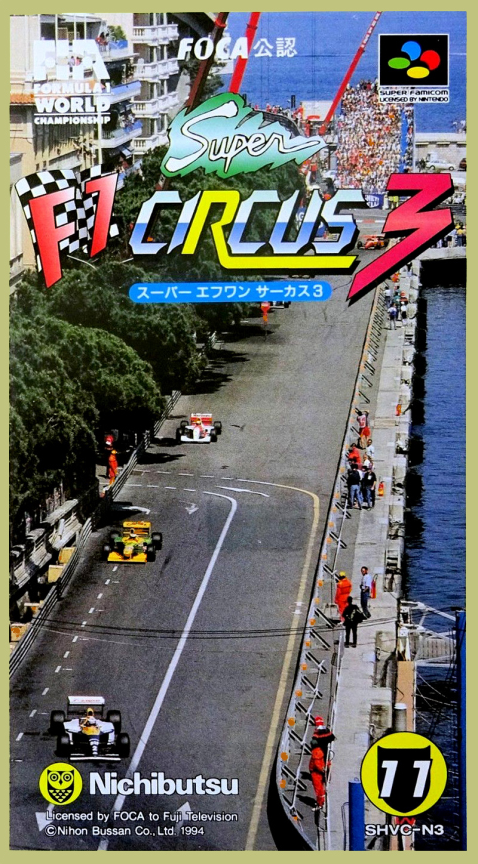 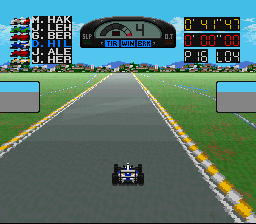 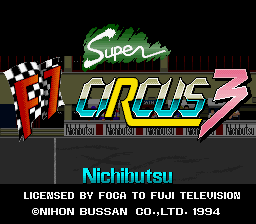 Super F1 Circus 3 is a 1994 Formula One racing game and the third of Cream/Nichibutsu's F1 Circus games for the Super Famicom. It focuses on the 1993/94 season and recreates circuits from sixteen different countries. The game offers a "quick race" mode that randomly picks a track and avoids the majority of the simulation elements. The game sits between Super F1 Circus 2 and Super F1 Circus Gaiden in the series. As with its predecessors, it has licenses from FOCA (the Formula One Constructors Association) and Fuji TV (the TV station that covers F1 in Japan) that allow it to depict actual teams/drivers from the Formula One World Championship. It was never released outside of Japan.