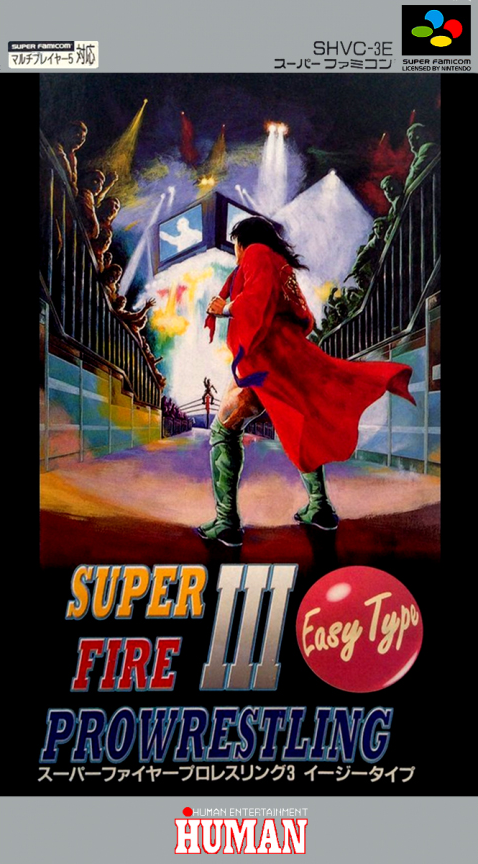 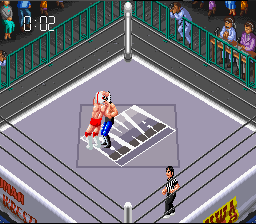 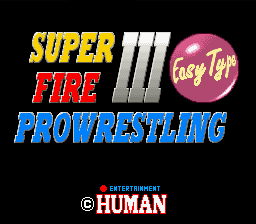 Super Fire Pro Wrestling 3 Final Bout was released in 1993. This is the first game ever created with contribution from Goichi Suda. Due to complaints about the game's difficulty, Human released "Super Fire Pro Wrestling 3 Easy Type". In this version there is no edit mode but all of the hidden wrestlers are unlocked. Characters based on wrestling stars such as WWF's Hulk Hogan and WCW's Rick Rude are featured in the game along with Japanese professional wrestlers like Masahiro Chono. Each wrestler is ranked based on their attacking ability, defensive ability, and their running speed. An "edit mode" allows customized wrestlers to be created based on their wrestling type, the color of their skin, and a unique set of customized ring attire. A certain amount of points also have to be spent on developing certain attacks (and their respective defense against these attacks from opposing wrestlers). Digitized voices from the wrestlers and cheers from the audience members are included. Two of the buttons on the Super Famicom controller are used for strong blows while another button is used strictly for low blows. Sprites in the game actually show wrestlers in different sizes to each other (depending on height and weight). A battle royale mode permits four wrestlers to face off against each other simultaneously. There are 56 different wrestlers to control; with eight playable wrestling legends. Referees are available and can be chosen by the player; each referee has his own level of strictness and essentially determine how long the match will last. It is possible to perform up to 300 different professional wrestling moves in the game.