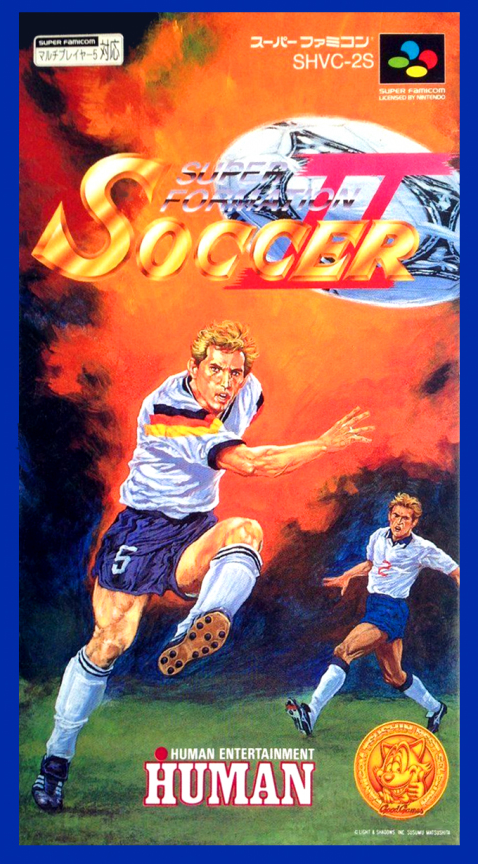 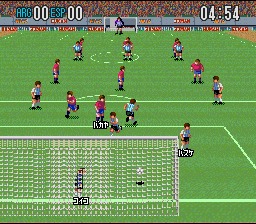 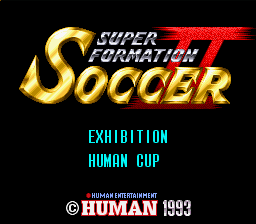 Super Formation Soccer II is a soccer game from Human Entertainment and is the follow up to Super Formation Soccer, a.k.a. Super Soccer. Like its forebear, Super Formation Soccer II depicts the pitch from a low bird's eye angle, using the Super Famicom's Mode 7 to depict a depth of field.nnnnThe game uses national teams, though the player is free to create their own "All-Star" team by mixing and matching the soccer players in the game. They can select from an exhibition match, a penalty shoot-out mode or a tournament called the Human Cup.nnnnNewly added to the second Super Formation Soccer is the inclusion of three and four player multiplayer, with the use of a multitap peripheral. There are pre-set options for one vs one, two vs one (the one can be human or CPU) and two vs two, rather than the now standard system of allowing each player to move their controller icon to either team.