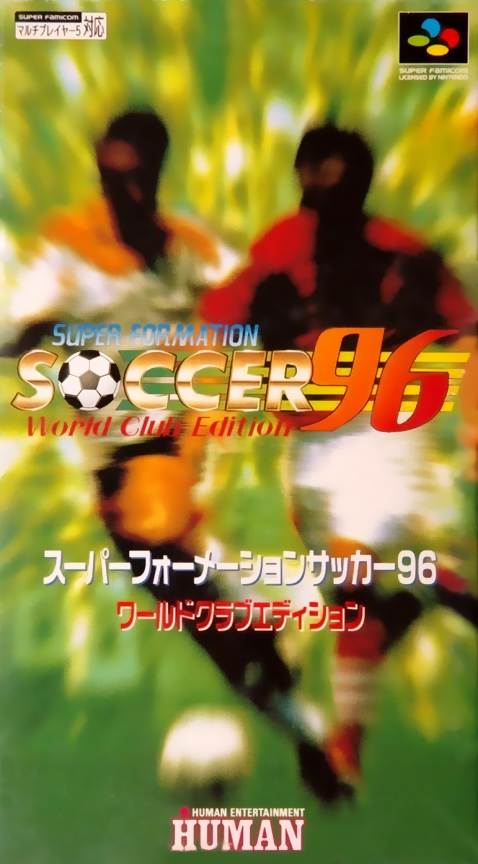 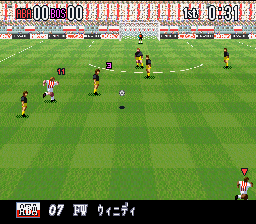 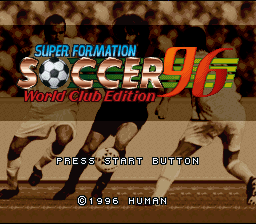 Super Formation Soccer 96: World Club Edition is the sixth game in Human's soccer series for the Super Famicom and the tenth overall. It features eighteen teams from national leagues across the world, the majority of which are from European or South American countries. The logos and names of these teams are fictional but are reminiscent of or parodying various well-known teams from those same countries. This was a common copyright-avoidance tactic Human Entertainment utilized for their Fire Pro Wrestling games.nnnnAs with previous Super Famicom entries, the game uses a distinctive perspective that employs Mode 7 to present a Z-axis view of the pitch, with the player's goal is at the "bottom" of the screen and the opponent's goal is at the far end. The game has multiple modes, including exhibition matches and tournaments, and can support up to four players in a number of team configurations.