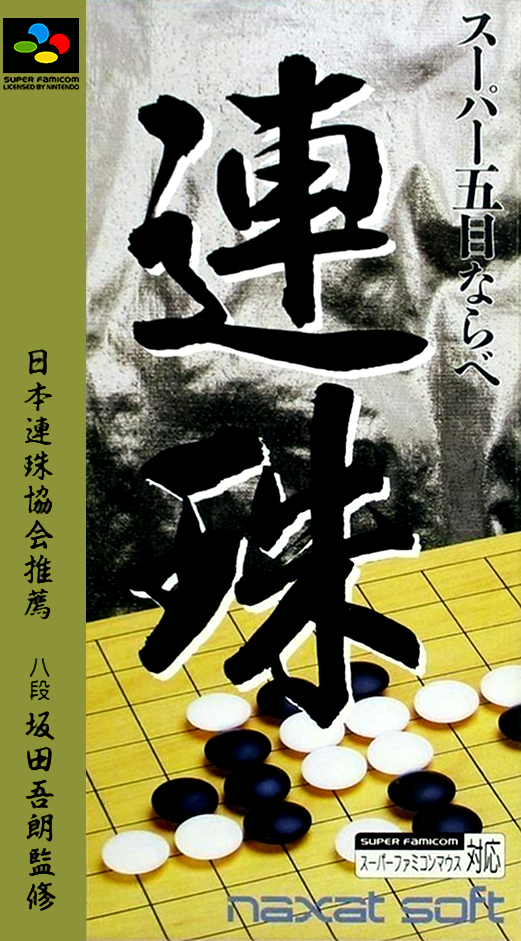 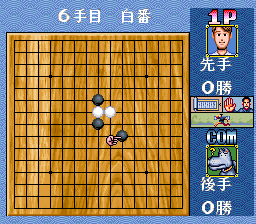 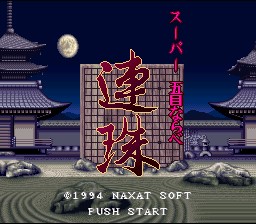 Super Gomoku Narabe Renju ("Super Five Piece Line-Up Renju") is a board game adaptation for the Super Famicom developed and published by Naxat Soft. The game is played with a Go board and pieces, but the goal is to simply line up five pieces horizontally, vertically or diagonally. The game has a few modes, including a tournament mode in which the player takes on CPU opponents of increasing difficulty.nnnnThe last Gomoku Narabe Renju adaptation for a Nintendo console was also one of the earliest games released for the original Famicom. It was created by Nintendo themselves and is otherwise unrelated to Super Gomoku Narabe Renju. 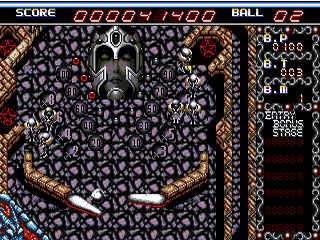 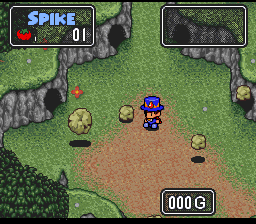 The Twisted Tales of Spike McFang 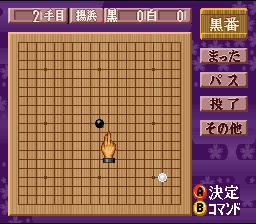 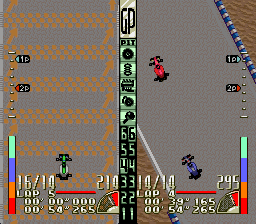