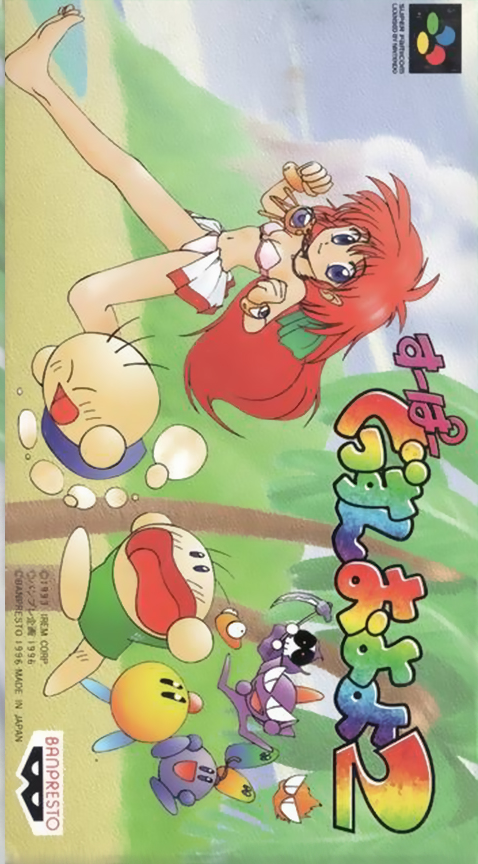 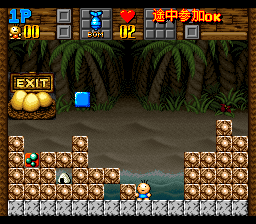 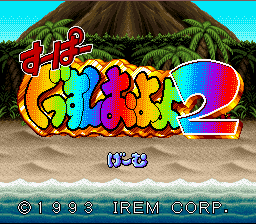 Super Gussun Oyoyo 2 is a block-stacking puzzle game and the sequel to Super Gussun Oyoyo, which itself was a remastered version of the original Gussun Oyoyo arcade game. Unlike its predecessor, Super Gussun Oyoyo 2 is exclusive to the Super Famicom console. The game makes a few significant changes to the original Super Gussun Oyoyo. The most apparent of which is its new setting of a tropical island with an active volcano: many stages will start dropping fireballs the longer the player takes, which must be avoided at all costs. The game also features a new "Puzzle Mode" which plays similarly to those found in Tetris sequels: the player has a limited number of pre-determined pieces and must figure out how to use them to get their little bald friend to the end.