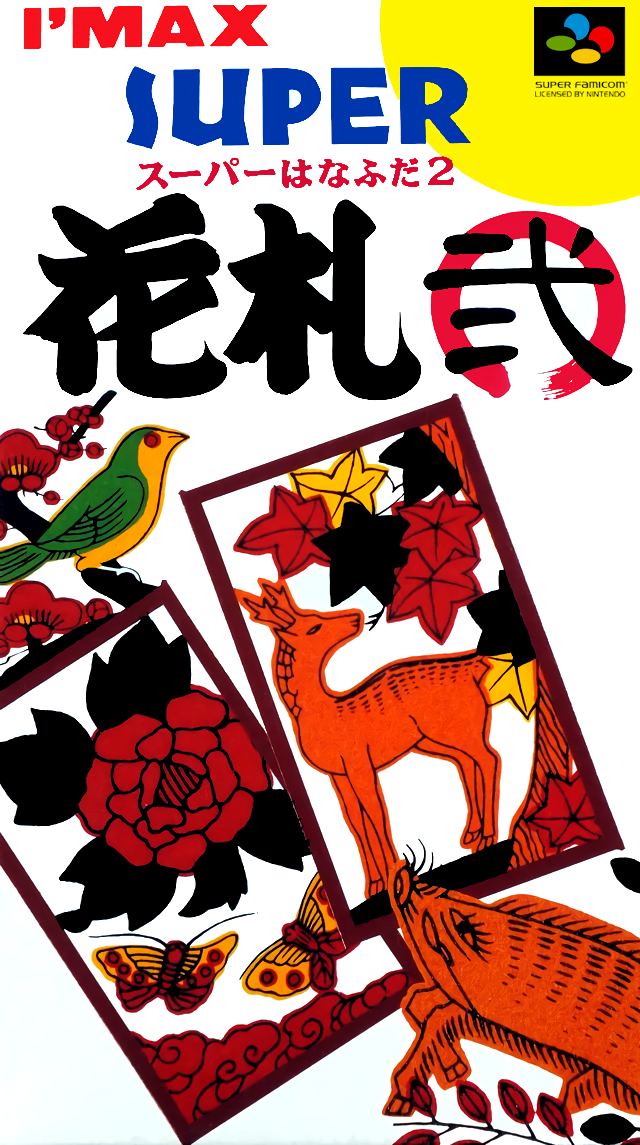 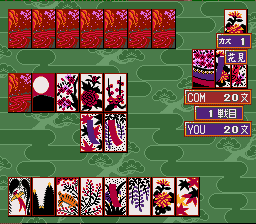 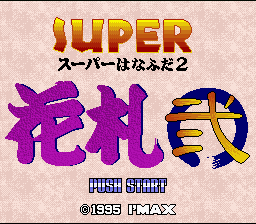 Super Hanafuda 2 is a hanafuda game for the Super Famicom and the follow up to the 1994 Super Famicom game Super Hanafuda. Like its predecessor, it offers players multiple modes of play with various animated avatar profiles that react to how the game is proceeding. The game also adds the "hana-awase" style of hanafuda gameplay in addition to the original's koi-koi style. Both modes offer various customization options for players, and the choice of playing single games against a player-selected CPU opponent or taking part in a hanafuda tournament. 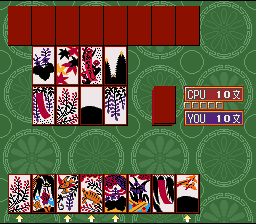 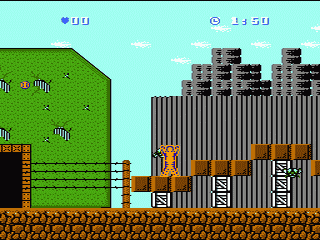