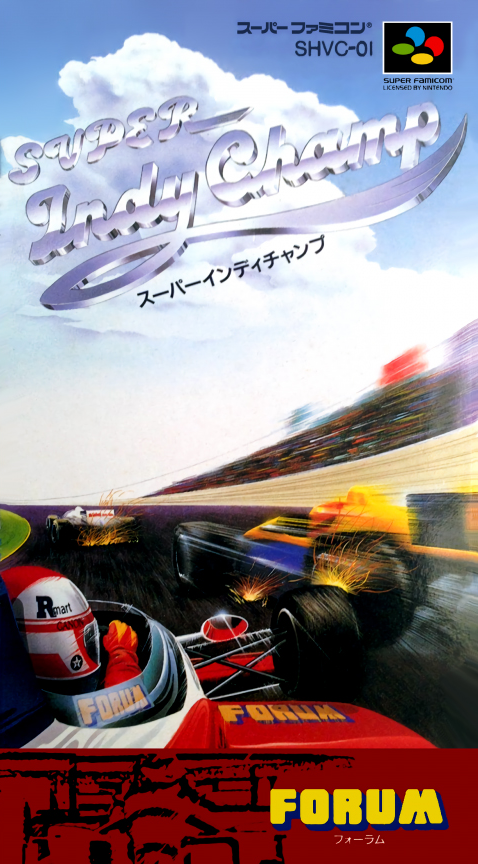 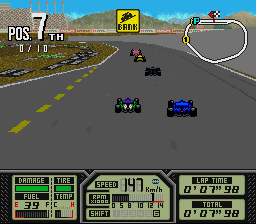 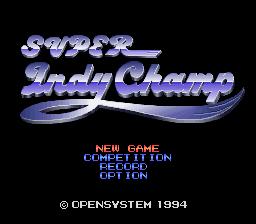 Super Indy Champ is a racing game developed by Open System and published by Forum exclusively for the Super Famicom in 1994. It is based on the American Championship Car racing, an open-wheel racing circuit generally known as Indy Car Racing. The player character, named by the player, must keep winning races and grow in team rank against CPU opponents.nnnnAmong the various modes is a 500 Miles race, which is actually the Indianapolis 500: the race the American Championship Car circuit is best known for.