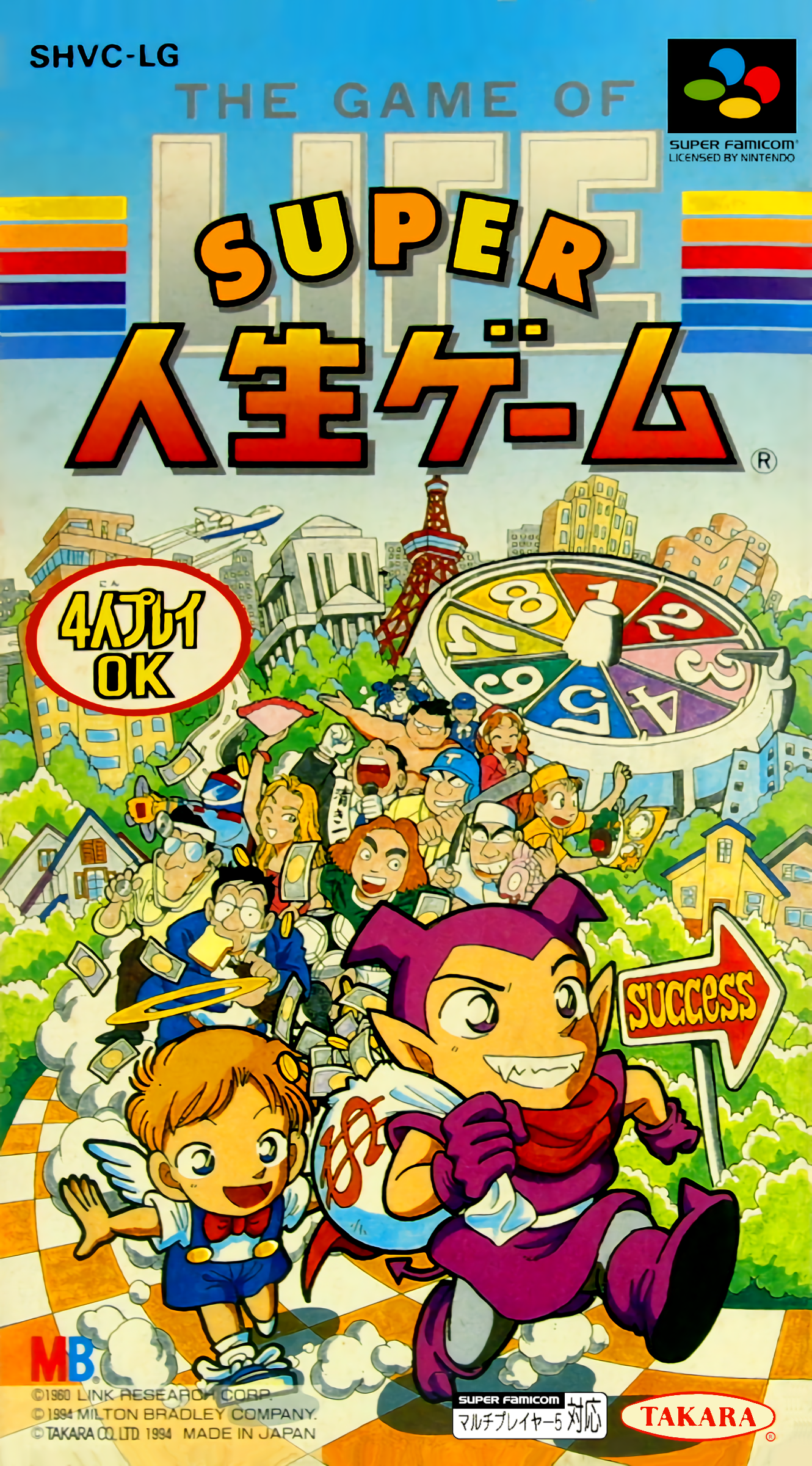 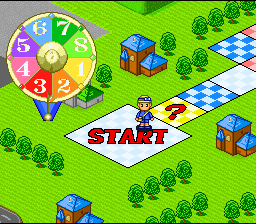 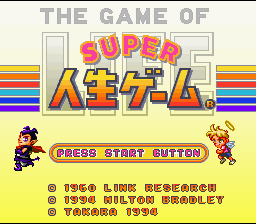 Super Jinsei Game is a video game adaptation of Milton Bradley's The Game of Life board game. Takara, the Japanese license holders for the game, commissioned a number of video game adaptations of the Jinsei Game (as the board game is known in Japan). This particular game is the first of three Super Famicom games, and is followed by 1995's Super Jinsei Game 2 and 1996's Super Jinsei Game 3. Geo Factory worked on Super Jinsei Game, but KID would go on to develop its two sequels. Up to four players take turns moving around the board, encountering events that either increase or decrease their current status. They must travel through childhood and various schools before they encounter adult problems like university and finding work. The player who earns the most money at the end is deemed the winner.