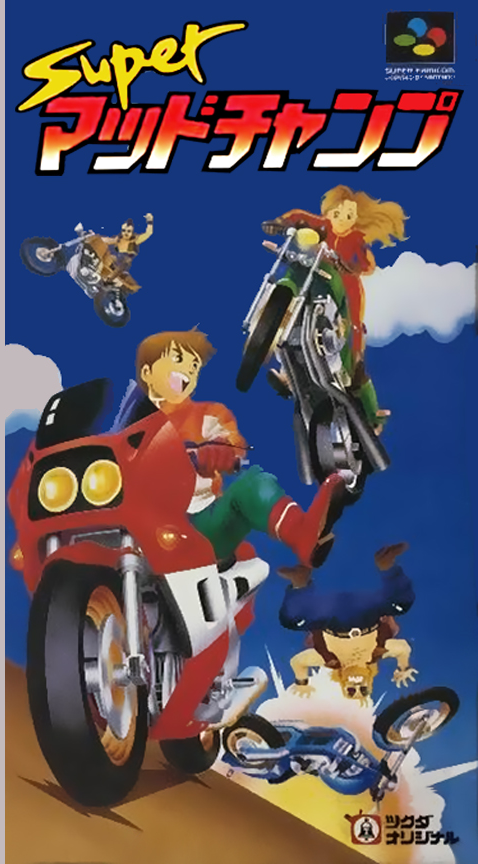 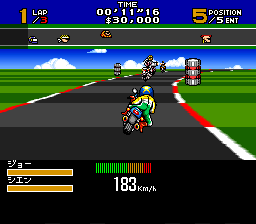 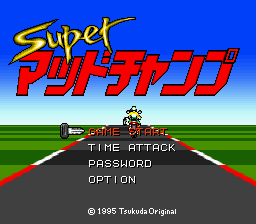 Super Mad Champ is a motorcycle racing game for the Super Famicom. Unlike many others for the system, Super Mad Champ has a lot of combat: the player fights both on and off their motorcycle, often having to take out opponents on the ground than in the race. When the player crashes, they have to fight another opponent on-foot before they can escape. The player can earn and tune up new bikes by completing races, and the game features eighteen tracks (across three Grand Prix cups) in total.