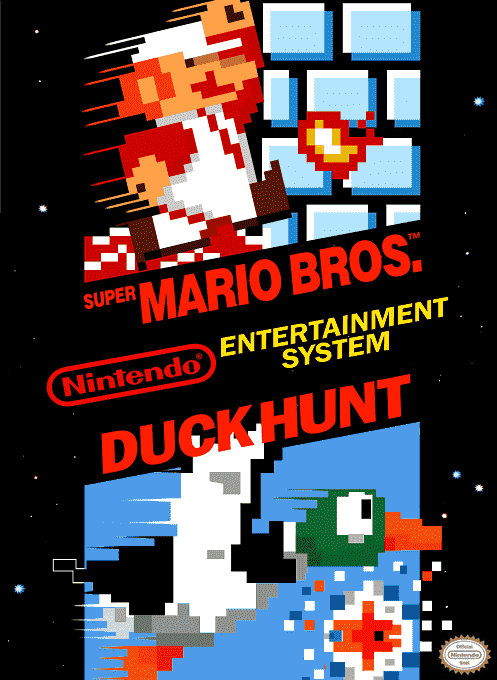 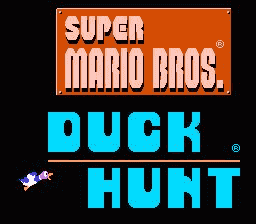 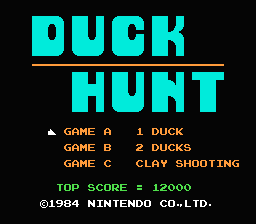 Super Mario Bros. / Duck Hunt is the game cartridge that came with the Nintendo Entertainment System consumer package that included a control deck, 2 controllers, and a light zapper. The included games were: 1. Super Mario Bros.: The classic tale of an Italian plumber smashing bricks and stepping on mushrooms and turtles in order to rescue the princess. Duck Hunt: The basic light zapper game for the NES. Two game modes allowed the player to either shoot ducks with the help of the trusty hound or to fire at clay pigeons.