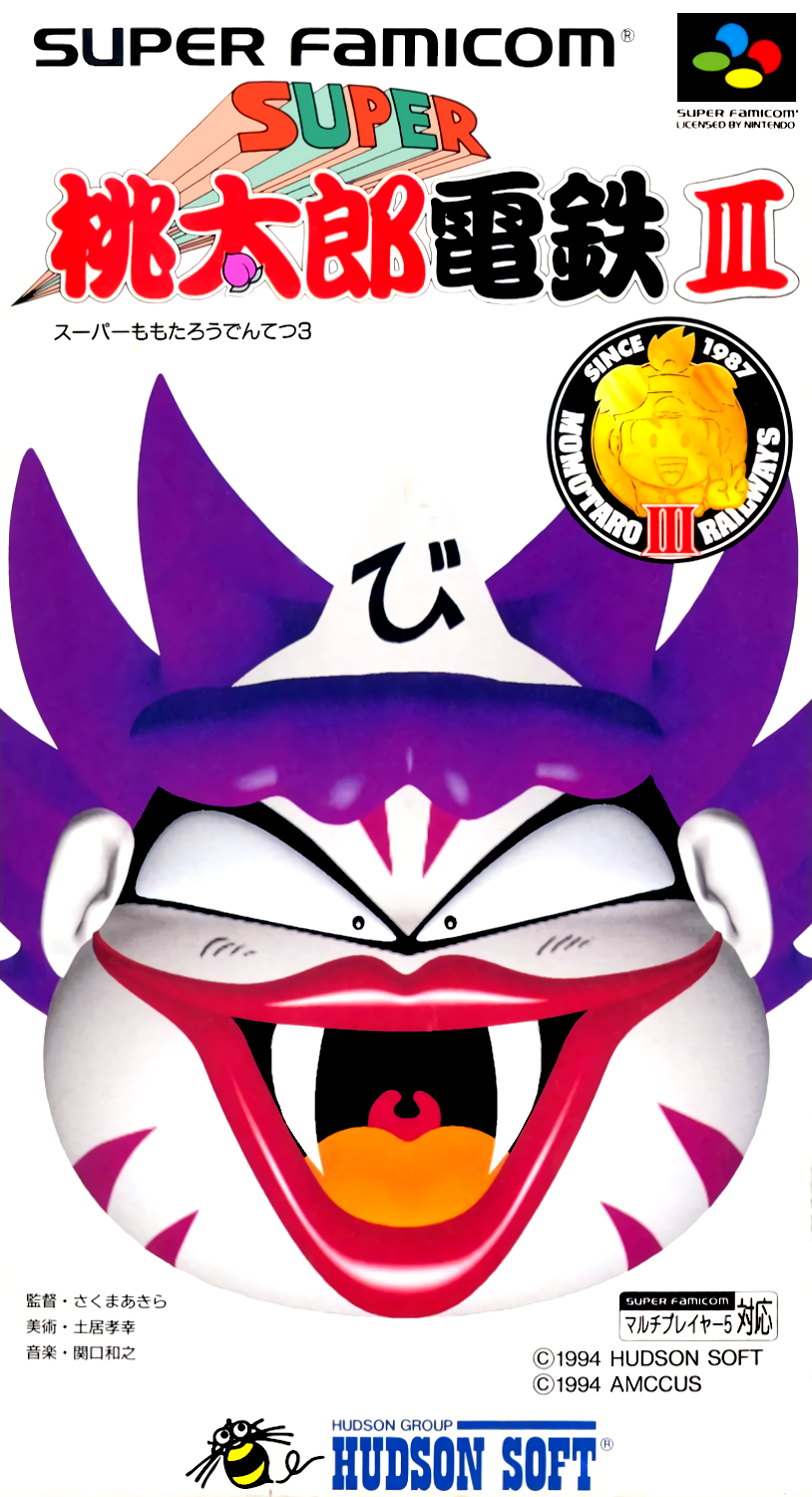 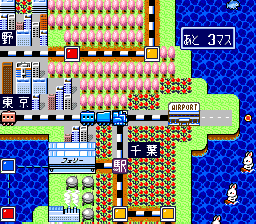 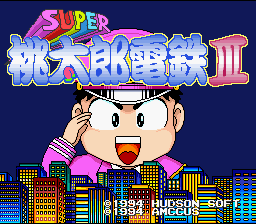 Super Momotaro Dentetsu III is a 1994 Super Famicom release and the fourth game in Hudson's Momotaro Dentetsu series of train simulation board games. It plays similarly to Itadaki Street or Monopoly in that the player has to accrue wealth by purchasing properties and making other business deals that are often dependent on the square they end their turn on. The Momotaro Dentetsu model received a multitude of small tweaks and additions in this fourth entry but otherwise plays identically to its predecessors.nnnnSuper Momotaro Dentetsu III was the first (and only) game in the series to be released on a Sega console: it saw a Sega Game Gear port in 1995.