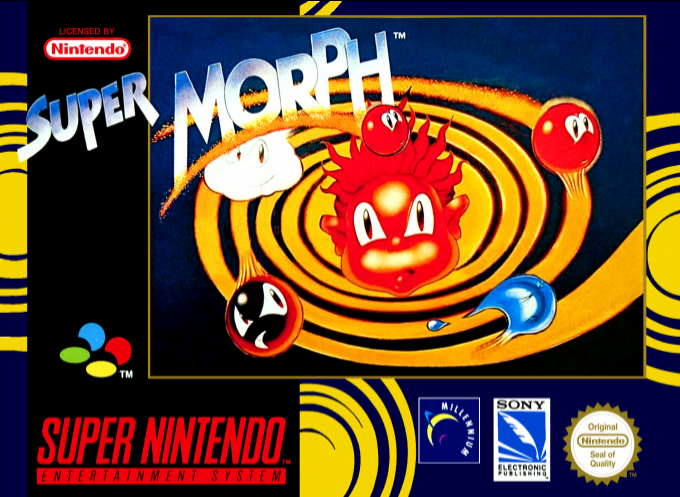 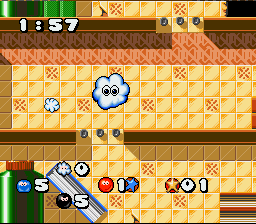 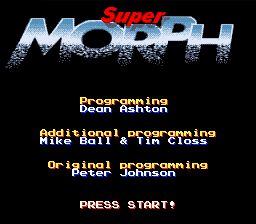 Young Morris Rolph has been trapped in limbo due to a malfunction on Dr Krankenpot's new teleport machine (how come characters with German-sounding names in computer games and films are always evil or stupid? Even Darth Vader sounds German.). Now he's been split into his 4 component parts, represented by liquid, gas, a hard ball and a bouncy ball, and he must get through 24 levels (36 on the special A1200 version - mirroring the game's plot-line of improved technology causing more problems for Morris) to retrieve the parts of the machine so it can be rebuilt to bring him back to life. The gameplay is vaguely influenced by Lemmings, as the levels are populated by lots of points which can't be crossed in all forms - walls, fires, gaps, thornbushes and suchlike. You get a set number of transformations on each level, although extra ones can be picked up at times, and there are heaters and freezers dotted around which cause transformations in some states. All this is done against a time limit. Like Lemmings 2, you can take on the next level in each of the worlds at any time, so you have to be stuck 4 times before you can't progress.