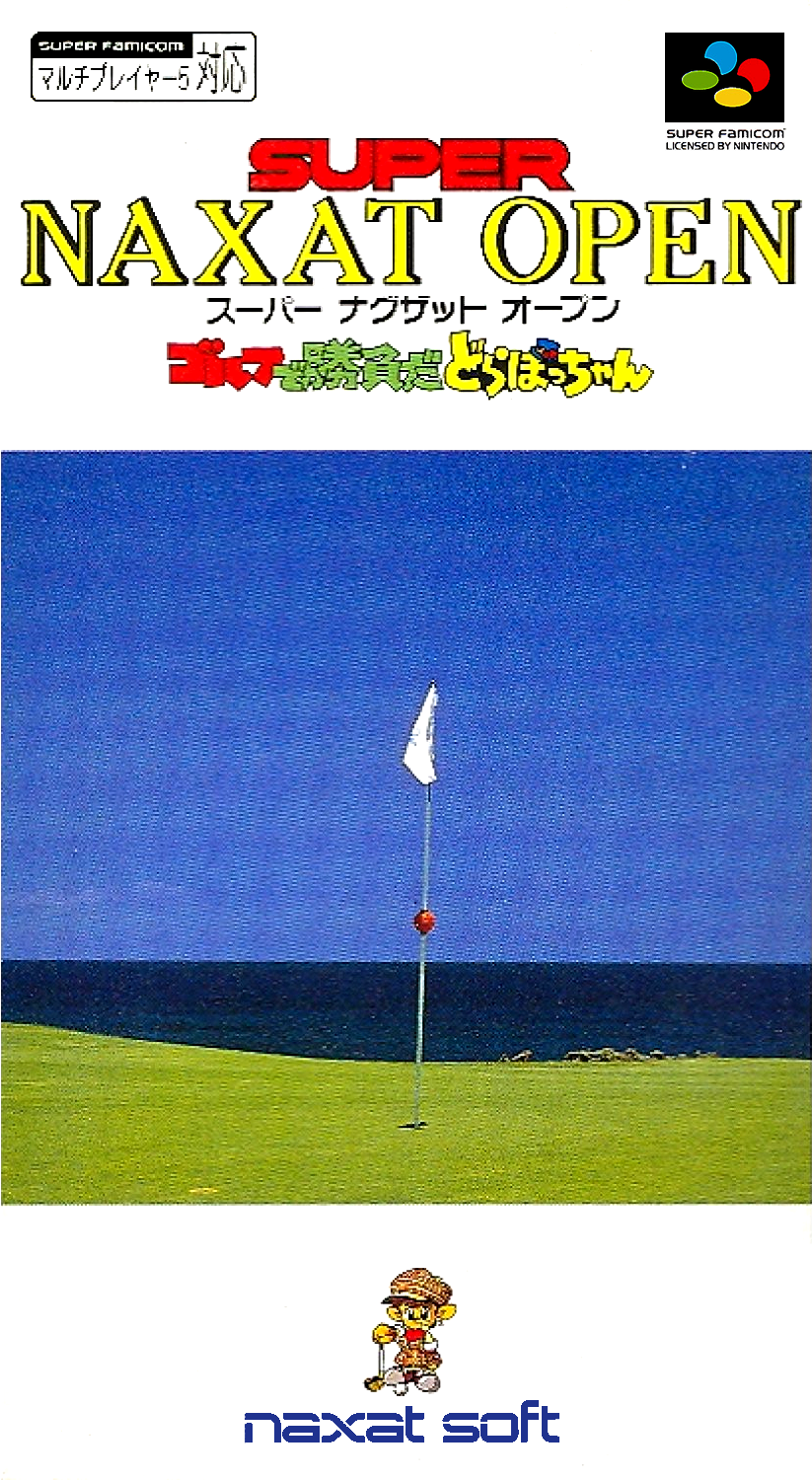 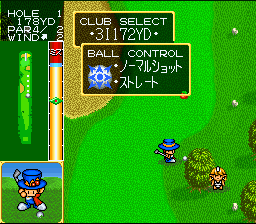 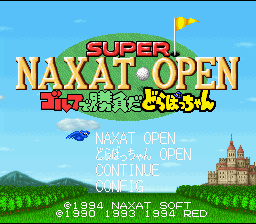 Super Naxat Open is the spiritual successor to Naxat Open, a golf game that Naxat published and lent their name to. The game uses the standard top-down perspective for golf games from this era.nnnnIt is unusual for the inclusion of Naxat's Dorabocchan ("Little Dorabo") character, who had appeared in two games at this point: 1990's Makai Prince Dorabocchan for the PC Engine and 1993's Chou Makai Taisen: Dorabocchan for SNES, best known as The Twisted Tales of Spike McFang in the US. Dorabocchan/Spike's inherent magical talent allows him to beneficially manipulate his game, which appears in the form of magical cards he can play before taking a swing. The player can also choose to play as five other characters from the franchise, as well as a choice of six caddies.