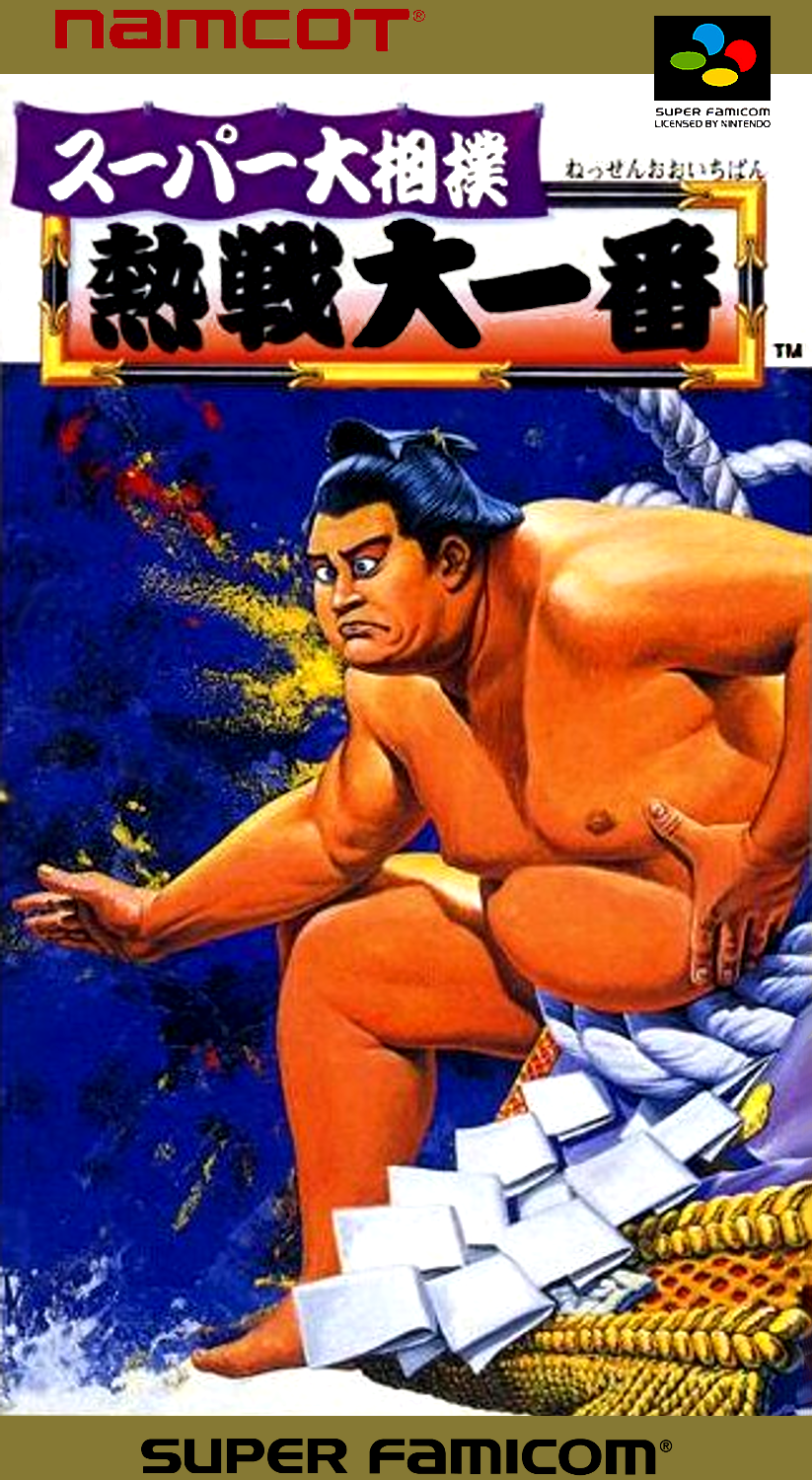 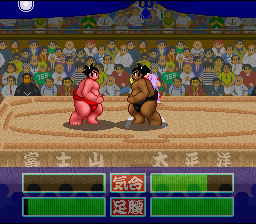 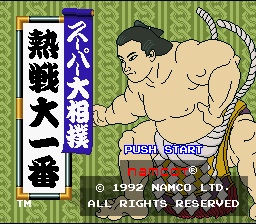 Super Oozumou: Nessen Ooichiban ("Super Sumo of the Most Heated Competition") is a sumo wrestling game from Namco that allows two human players, two CPU players or one of each to compete in sumo wrestling matches that attempts to recreate the technical aspects of the martial art. Wrestlers grapple and try to overpower their opponent, changing up their holds and building power to push their opponents out of the ring.nnnnThe game was developed and published by Namcot - Namco's short-lived division for producing console games, separate from their larger arcade game development division. It was released on the Super Famicom in Japan only.