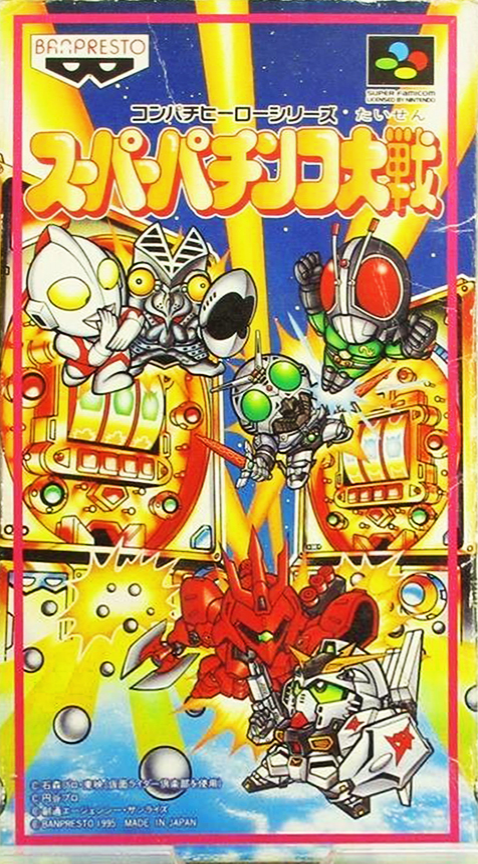 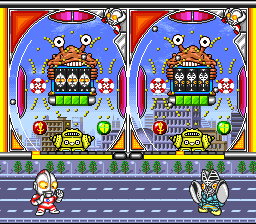 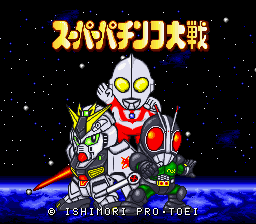 Super Pachinko Taisen ("Super Pachinko Wars") is a two-player pachinko game for the Super Famicom featuring SD Gundam, Ultraman and Kamen Rider characters as part of Banpresto's crossover Compati Hero Series. It was released on both the Super Famicom and Game Boy. The player needs to adjust the strength of the pachinko ball launcher in order to get the balls into a special holder that rolls the slots in the middle of the screen. Depending on which symbols come up, the player will switch with another character on their team (each team has three characters), perform a basic attack or summon another character in for a special attack. Each side has a certain amount of HP, and the team to lose all their HP first loses.