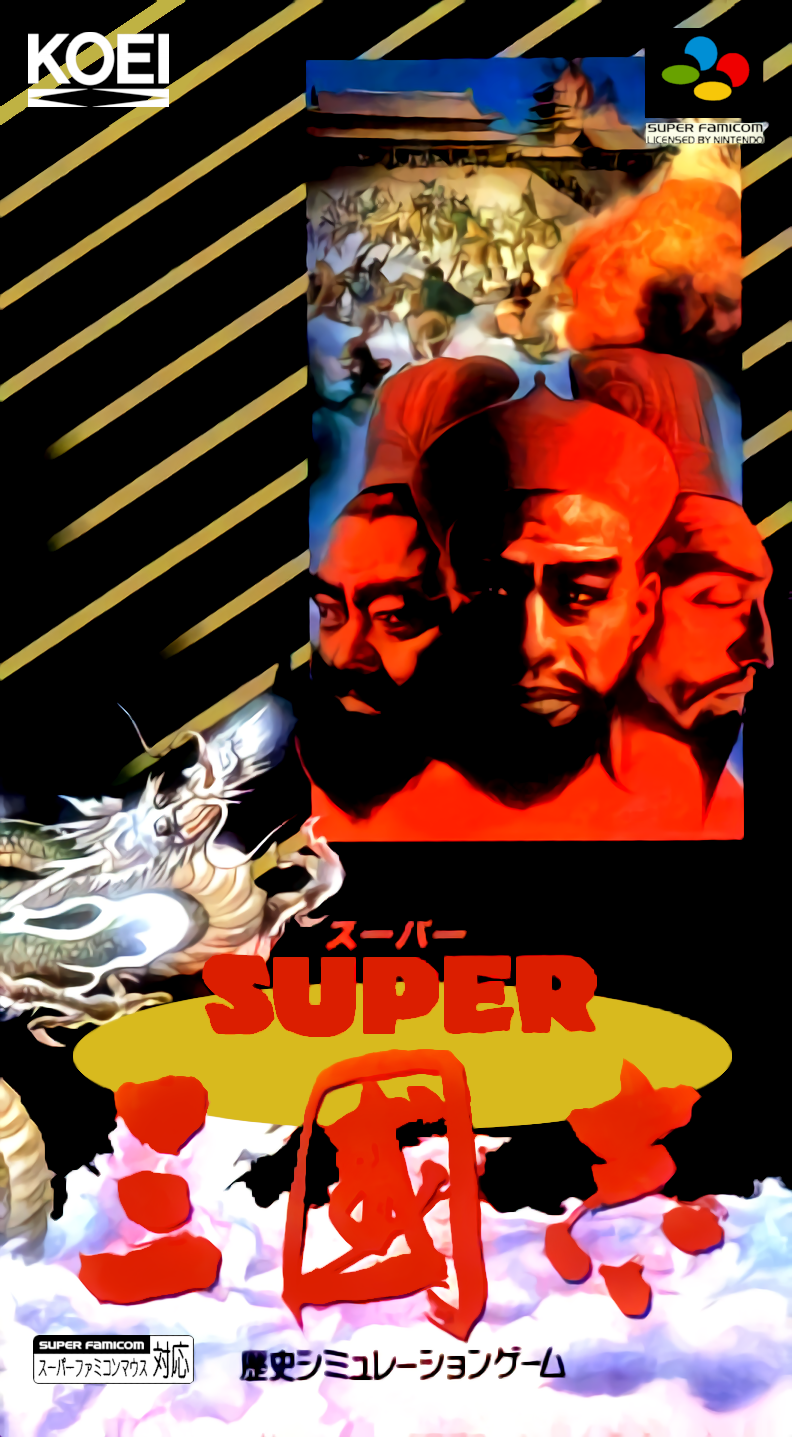 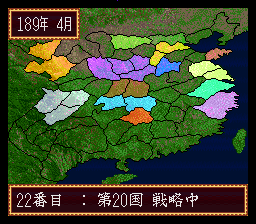 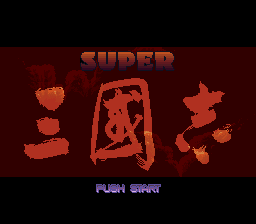 Romance of the Three Kingdoms (JP: Sangokushi) is a strategy game based on the Chinese novel of the same name. The player assumes the role of one of the Chinese generals involved in the conflict, attempting to recover land from their two rival kingdoms and unite China under their kingdom's rule. The game was originally released in December 1985 for the NEC PC-88 platform. Koei would go on to port the game to many other systems, as well as create many sequels with iterative improvements. Super Sangokushi is a revamped version of the original Sangokushi for the Super Famicom that was released in 1994. It was not the first Romance of the Three Kingdoms game for the system: it followed the 1991 Sangokushi II SFC release and 1992 Sangokushi III SFC release.