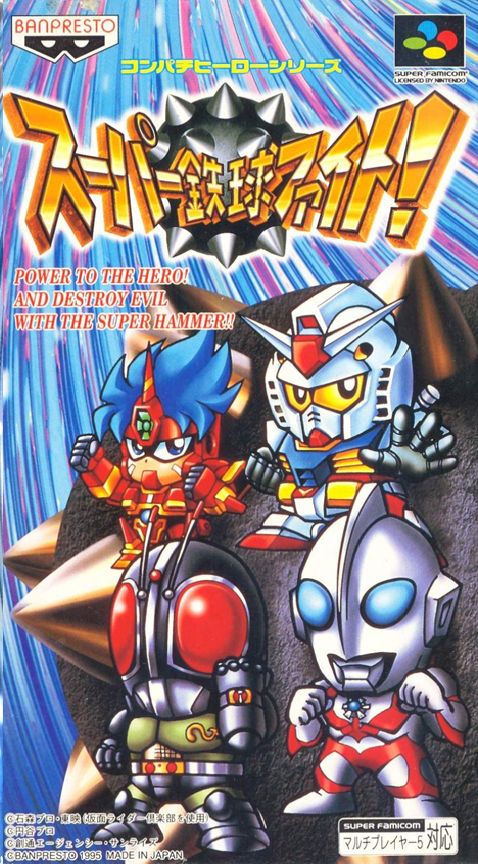 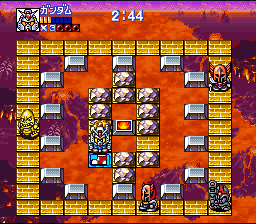 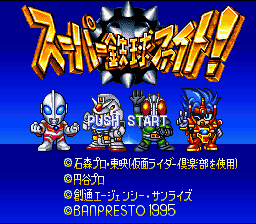 Super Tekkyuu Fight! ("Super Iron Ball Fight!") is a maze action game featuring characters from the Compati Hero Series, which combines the worlds of Ultraman, SD Gundam, Kamen Rider and the original character Fighter Roar. Rather than relying on explosives, as is the case in the structurally similar Bomberman series, each character has a ball and chain which allows them to damage opponents and destroy blocks. They can acquire bonuses that increases the size of the ball, which causes it to do more damage, and the length of the chain, which increases its range. The game features a single-player mode where the player takes one of the four protagonists through a series of maze stages that can be attempted in any order, each of which concludes with a boss fight. It also features a multiplayer mode where up to four players can compete for supremacy across a number of stages. Many enemies in the single-player mode use other weapons, like guns, missiles and flamethrowers.