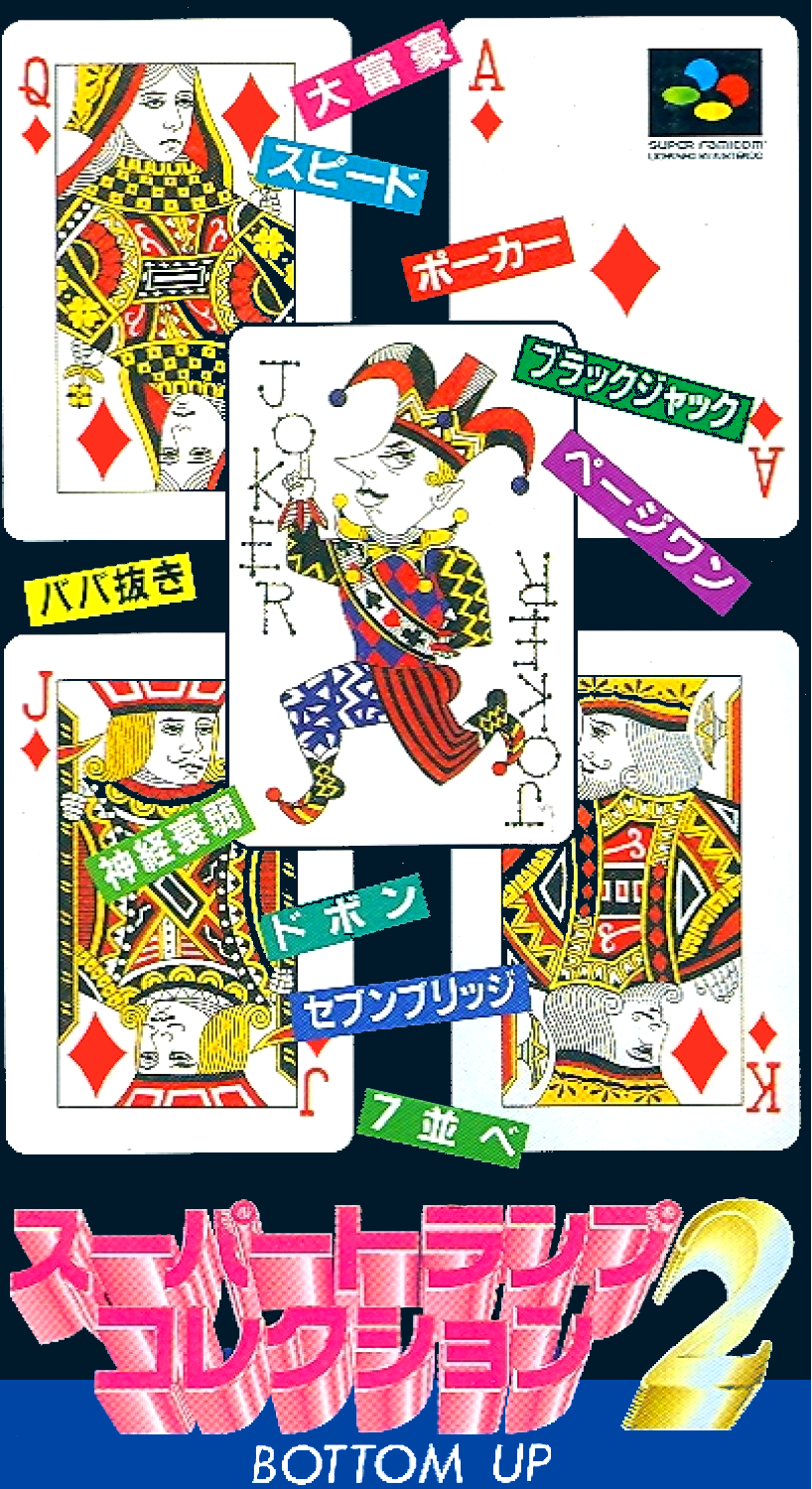 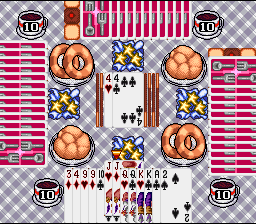 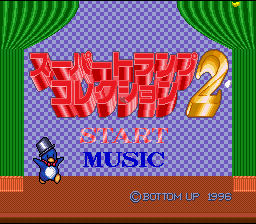 Super Trump Collection 2 is a card game compilation and the sequel to 1995's Super Trump Collection. A few of the card games support two players, though most involve AI players. The sequel increases the number of card games from seven to ten. These games include, in counter-clockwise order on the main menu: Video Poker: A single-player variant of poker played in casinos, where the goal is to make the best hands and rake in the dough. The player is given the option of going double or nothing with a high/low bonus game after successful hands. Video Blackjack: A variant of blackjack played in casinos. As with video poker, the player can increase their winnings with a high/low game. Old Maid: A "shedding" type card game where players remove cards from their hand in pairs. Speed: A two-player speed shedding game. Players can put cards on one of two discard piles if they're one higher or lower than the card on top. The game is played in real-time, so the player must be fast to win. Sevens: Players place cards in a grid next to active cards, starting with sevens. If the player can't play a card, they must skip to the next player. If enough cards in one suit have been played, the Ace or King can be placed at the ends. Memory Match: A single-player game where the player is given a view of a set of pairs in a grid and must recall where each pair is once the cards are turned over. Rummy: A four-player game where cards must be placed in "melds", either three-in-a-row or three-of-a-kind, until the player runs out of cards. They can also add loose cards to their own or other players' melds. Crazy Eights: A four-player game where players place cards on a discard pile if they have the same suit or the same number. The exception are eights: these are wild cards, and when placed the player can also change the active suit. President: A four-player game similar to Crazy Eights, only the winner of the last round gets to claim the best cards of the losers of the last round before starting. Mau-Mau: A four-player game similar to Crazy Eights, but with an additional set of crazy rules that the players must follow. Each card game also has a distinct visual theme. For instance, Rummy uses neon signs like Las Vegas, while Sevens has an aquatic theme.