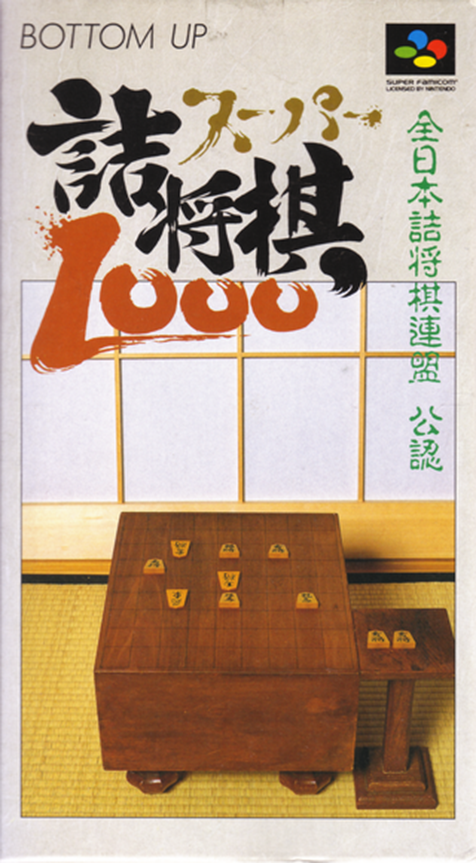 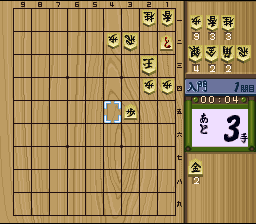 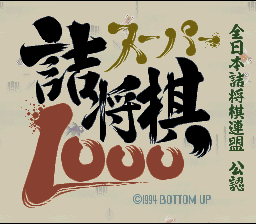 Super Tsumeshogi 1000 is a shogi game exclusive to the Super Famicom. "Tsumeshogi" is a word that refers to setting up specific shogi scenarios in which players can hit checkmate in a certain number of moves, similar to chess problems. The game presents each scenario with an on-screen counter and the player needs to figure out how to use the pieces they have available to checkmate their opponent in the number of moves indicated on the counter.nnnnThe game was the first one to be published by Japanese company Bottom Up (Super Tsumeshogi 1000's developer is presently unknown). They would go on to publish many more games up until 2000, a lot of which are based on card and table-top games.