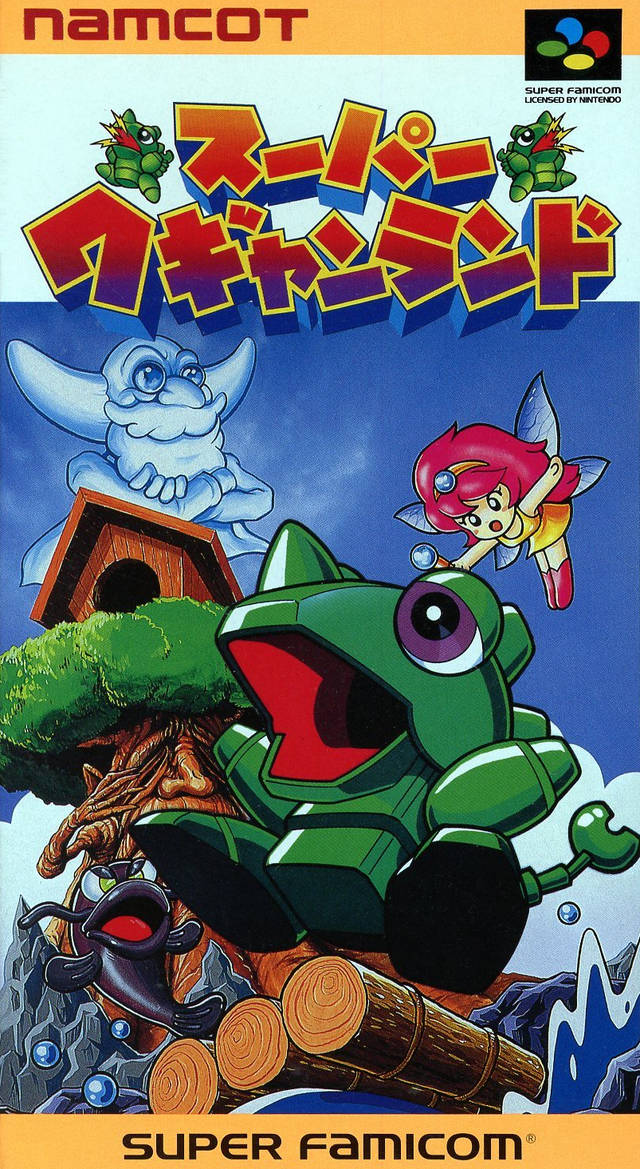 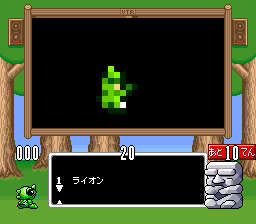 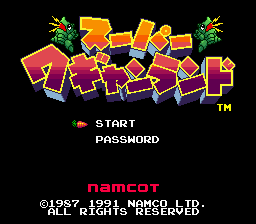 Super Wagyan Land is the third entry in Namco's Wagyan Land series. The game takes advantage of the Super Famicom's hardware with improved visuals, but almost acts as a compilation of the first two games in the series rather than a sequel. The game once again stars green mechanical dinosaur Wagyan who stuns enemies with his sound waves. There is a new mini-game, where the player guesses the identity of an item covered by a mosaic. This game also introduces two new features: the ability to adjust difficulty, and passwords to resume progress, both of which would become staples in the series.