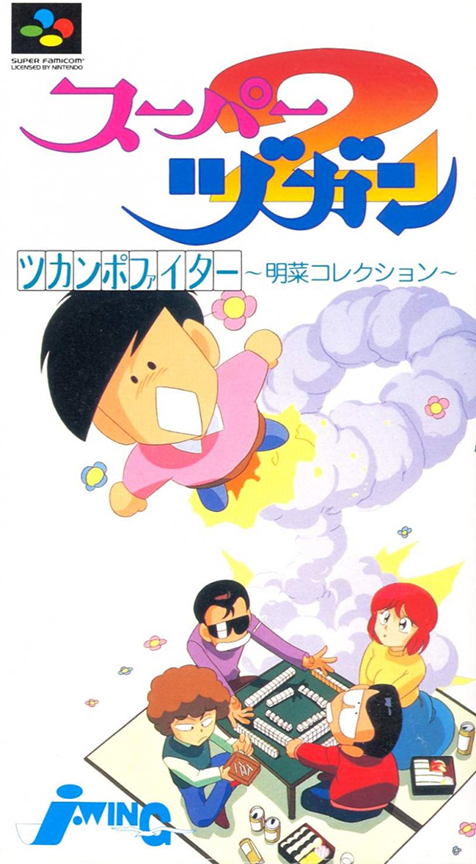 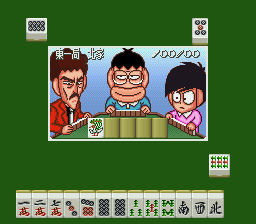 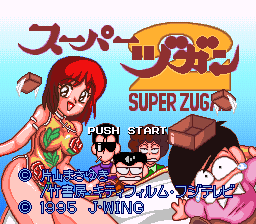 Super Zugan 2: Tsukanpo Fighter is a mahjong game for the Super Famicom published by J-Wing. The game is based on the Super Zugan anime, about the student Hideyoshi Toyotomi and his severe misfortune whenever he is coerced into playing high-stakes mahjong with his three delinquent colleagues. The one light in his life, his buxom girlfriend Akina, is a lot more intelligent (and lucky) and tries desperately throughout the series to convince him to stop. It is the follow-up to Super Zugan: Hakotenjou kara no Shoutai, which was released earlier the same year. Super Zugan 2: Tsukanpo Fighter allows the player to construct a four-person game out of one of the many characters from the anime and a setting of their choice. The game is distinctive for showing the opponents sitting around the table, remarking on bad plays and showing various emotions depending on how well they're doing.