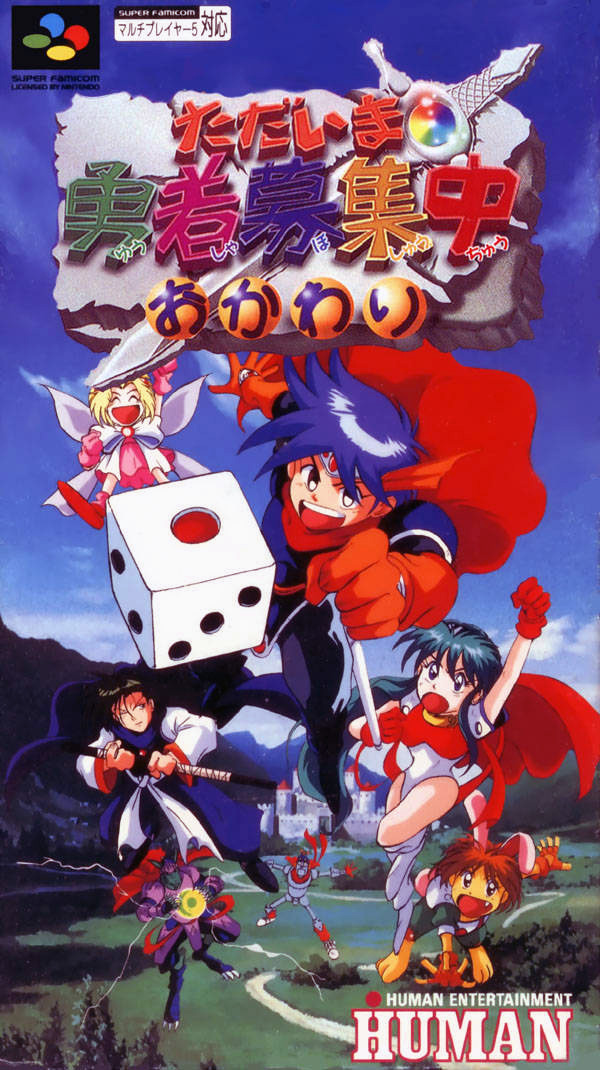 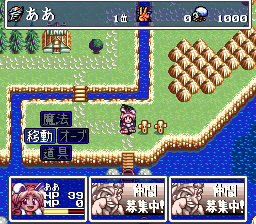 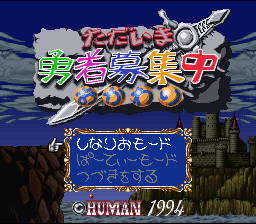 Tadaima Yuusha Boshuuchuu Okawari is a 1994 board game RPG from Human Entertainment for the Super Famicom. It followed a couple of other similar attempts to merge a fantasy RPG with a multiplayer board game; the most successful of which would become the Dokapon series. Up to four players take control of a hero each from a pool of twelve. Each has their own strengths and weaknesses. Each player character walks around a map heading for specific locations as well as all manner of random events (or battles) depending on where they land.