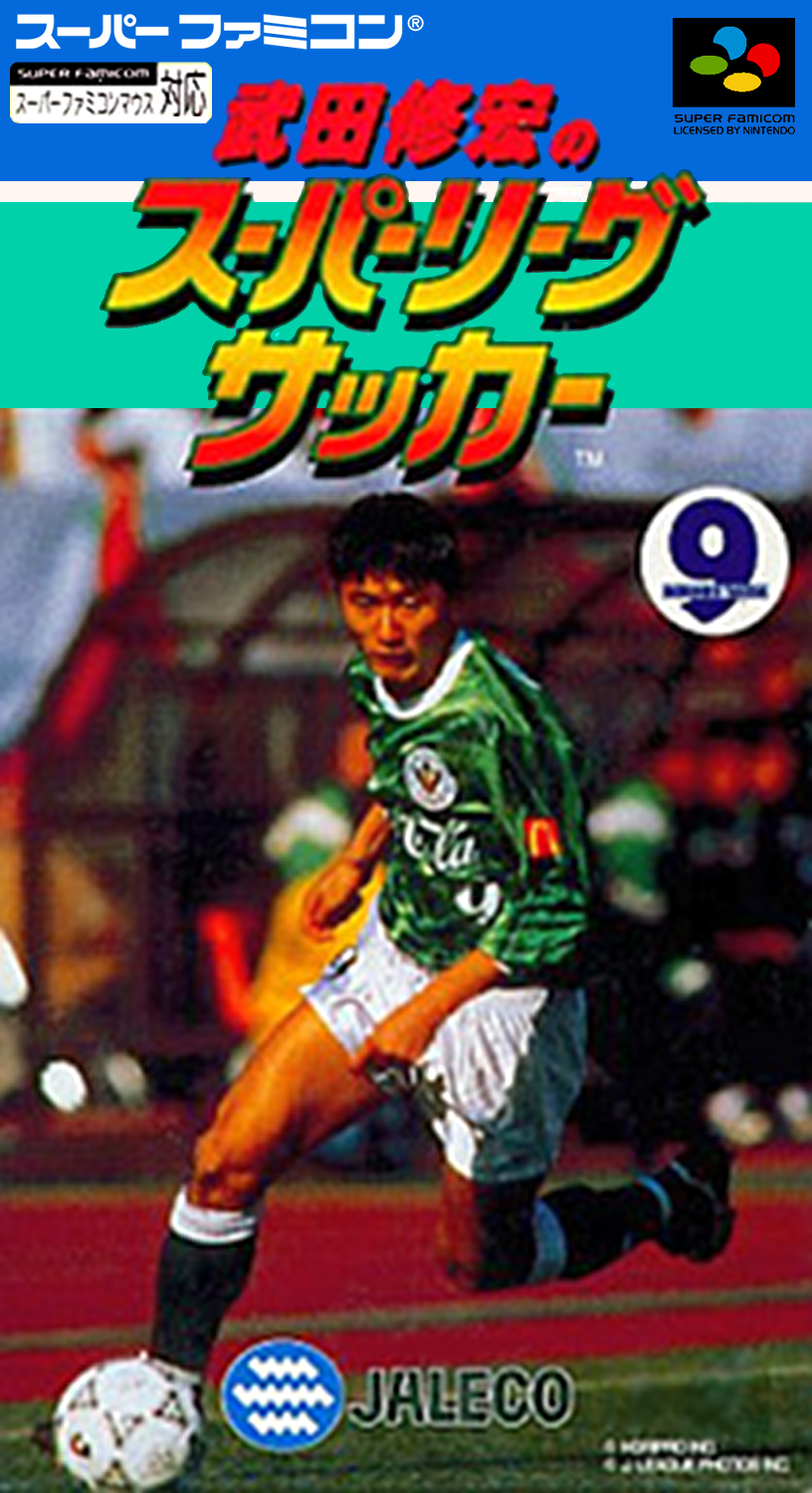 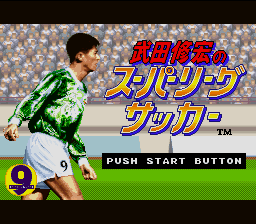 Takeda Nobuhiro no Super League Soccer (æ­¦ç°ä¿®å®ã®ã¹ã¼ãã¼ãªã¼ã°ãµãã«ã¼ Nobuhiro Takeda's Suparigusakka, "Nobuhiro Takeda's Super League Soccer") is a soccer simulation video game licensed/endorsed by Takeda Nobuhiro, published by Jaleco Entertainment for the Super Famicom console, which was released exclusively in Japan in 1994. This game is a sequel to Takeda Nobuhiro no Super Cup Soccer. It features club teams based on the top division of Japan Professional Football League J. League Division 1 (though unlicensed) instead of national teams. While it kept largely the same structure of the original game, some new options were added. 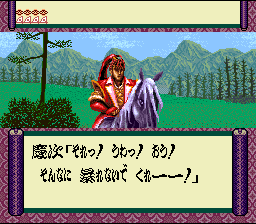