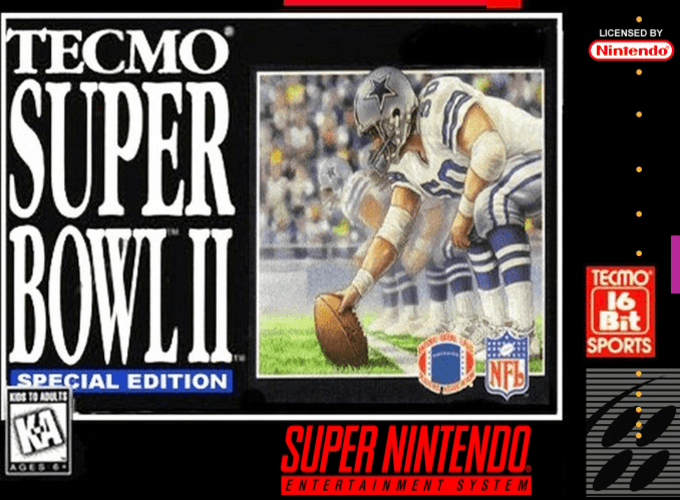 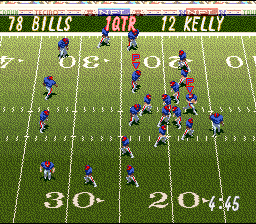 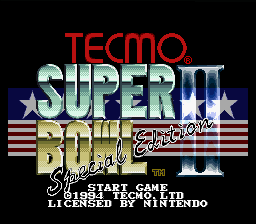 The follow up to the first 16-bit version of Tecmo Super Bowl. Includes the real NFL teams and players and the same basic gameplay as previous installments in the series. There are also variety of new features and minor enhancements, such as slightly angled play perspective, larger player graphics, new movement animations, expanded playbooks, fake kicks/punts, audibles, and auto-scheduling based on your won-loss record from the previous year.