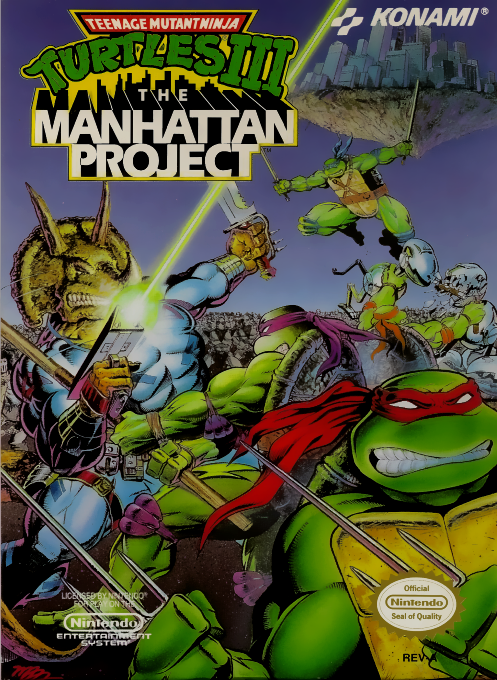 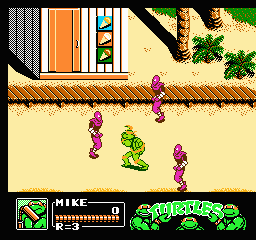 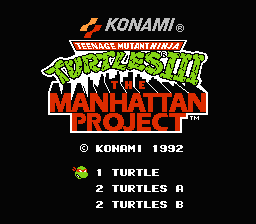 This was the last side-scrolling Teenage Mutant Ninja Turtles game for NES. It followed the highly acclaimed Turtles II over a year later and, unlike its predecessor, doesn't have an Arcade counterpart. The third game in the series is basically the same as the second. The story and the stages are different, of course, but it doesn't really matter. Choose your favourite turtle and kill as many Foot Clan soldiers as you can, fight the bosses and reach Shredder in a Double Dragon-styled game. The graphics and gameplay were improved. And, if the choice of the turtle depended only on personal taste in the second game (as they were all the same, in different colors), in this third episode they gained individual special moves.