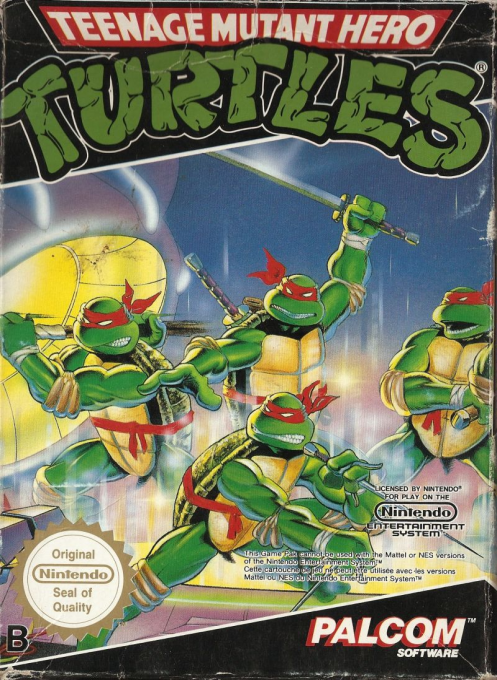 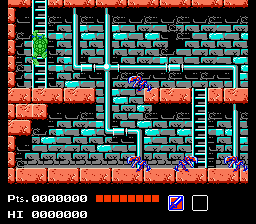 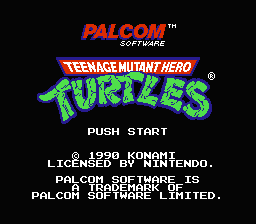 With April O'Neil held hostage by The Shredder's thugs, Bebop and Rocksteady, once again, it's up to the Teenage Mutant Ninja Turtles to come to her rescue! Play as all four of the turtle heroes, rescue April, and then rescue your sensei Splinter from Mecha-Turtles clutches than go after The Shredder deep in the bowels of The Technodrome itself. Teenage Mutant Ninja Turtles is an action game based on the late eighties/early nineties cartoon series of the same name. Play as Leonardo, Michaelangelo, Donatello and Raphael (one turtle only, but the ability to swap between turtles at any time) as you save your friends and battle The Shredder and his cronies. There are no 'lives', as such - when you lose a turtle, he becomes 'captured', and you cannot use him again until you rescue him from a place hidden in the overworld. Gameplay takes place in two perspectives: a top-down view, which lets you run around and explore buildings, sewers and other places. When entering places from the top-down view, the perspective shifts to a side-scrolling view, where most of the battling takes place. In addition to each turtle's main weapon, sub-weapons (such as shuriken) can be acquired, to use at foes - these have a limited use.