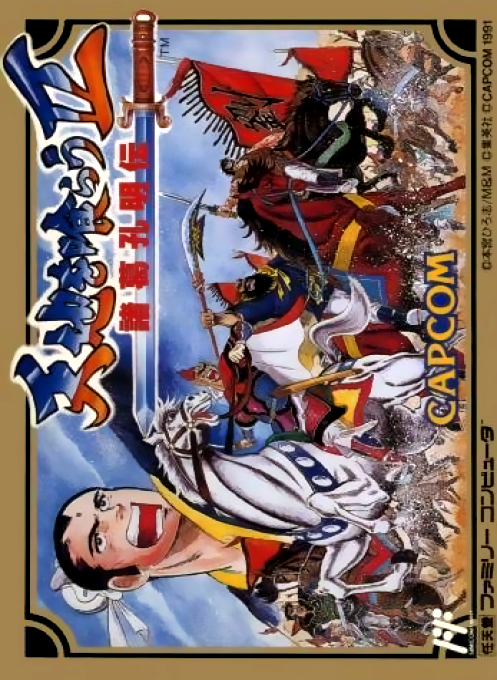 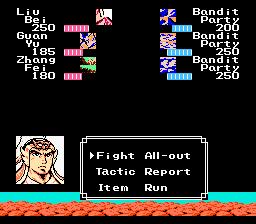 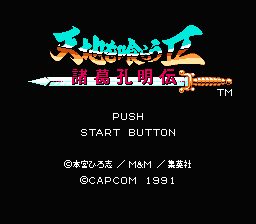 The game is based on the comic "Tenchi o kurau" by Hiroshi Motomiya, itself based on the novel "Romance of the Three Kingdoms" by Luó Guànzhong and follows the main plot of historical events. You start the game as Liú Bèi, the one of greatest Chinese heroes, in the mission to restore the power of Han Dynasty. The imperial seal was stolen from Luòyáng's ashes and Yuán Shù claimed the throne. You must bring him to justice. Serving the Emperor of Han Dynasty and Cáo Cao, you complete quests not forgetting your brotherhood with Guan Yu and Zhang Fei. Travelling through China, you may add heroes to your group and meet different opponents, where combat is flowing. The power of group members is estimated in thousands of people.