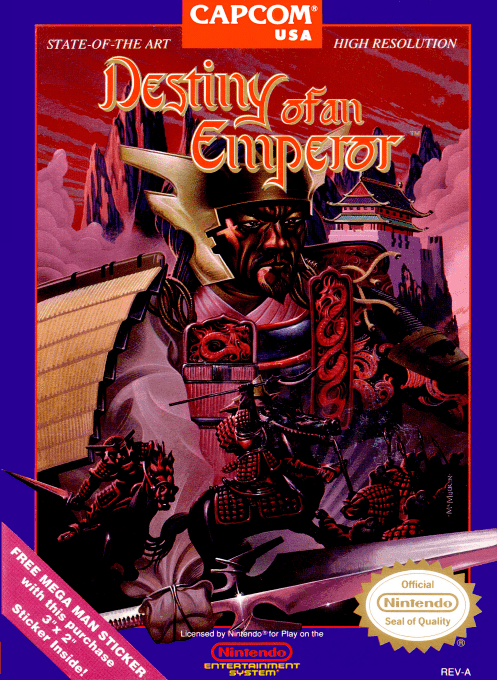 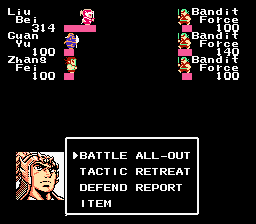 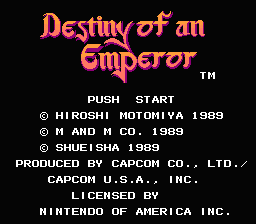 A role-playing game for the NES set within the Romance of the Three Kingdoms mythos that has spawned games on nearly every platform imaginable. A party is formed by selecting up to five officers from a huge pool, many of whom would only join you after be bribed or defeated in combat. Officers in turn each had a certain amount of soldiers, which essentially acted as hit points (i.e. Si Ma Ye leads 40000 men, and when he is hit by Zhang Bao, he loses 5000 men, so his manpower is now at 35000). One of the first games on the NES to attempt to simulate large scale combat between different forces, although obviously in a very limited way.