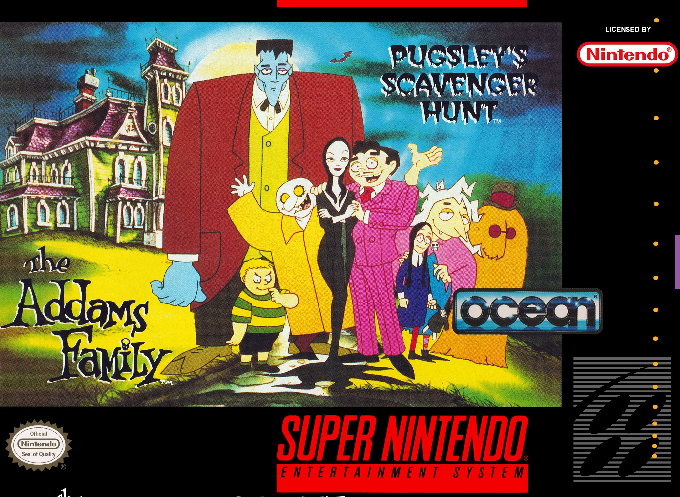 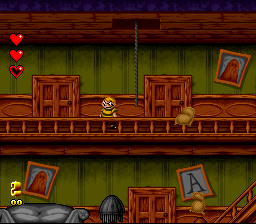 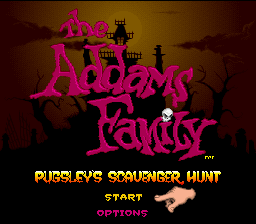 The Addams Family: Pugsley's Scavenger Hunt is a side-scrolling platformer based on the second animated TV series The Addams Family (1992). The player takes the role of Pugsley who gets challenged to a scavenger hunt by his sister Wednesday. He has to retrieve six items which are of course hidden in six levels which can be accessed in any order. The gameplay follows the usual platforming standards: Pugsley moves from left to right while jumping a lot, avoiding enemies and sometimes solving switch puzzles. Pugsley can take three hits before dying but if he collects enough dollar symbols he can replenish his health.