The Adventures of Batman & Robin 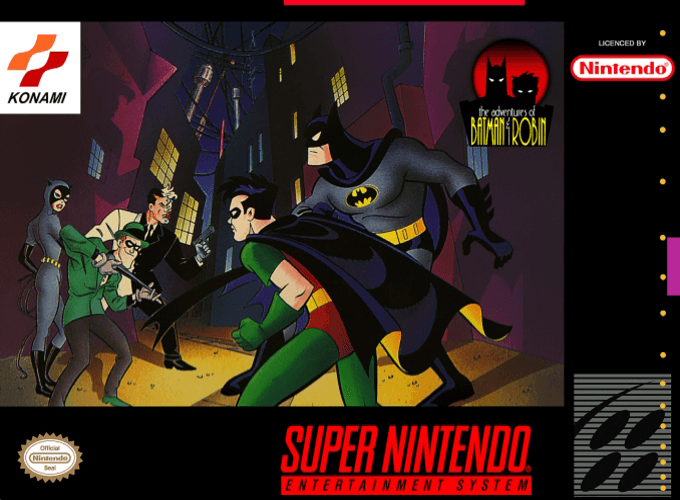 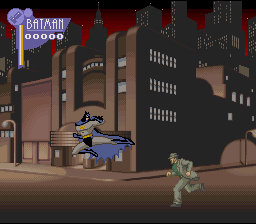 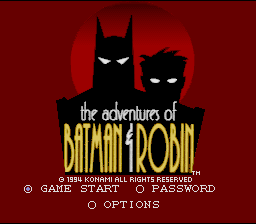 Konami's game based on the 90s animated series starring the Caped Crusader sends him against his most famous enemies in a platforming/beat'em'up title. Each of the game's eight levels (or episodes) sends Batman against one particular villain. Most levels present Batman with a large number of henchmen to take out and environmental dangers to avoid on his way to one or more boss battles, but some deviate from the norm. For instance, Catwoman's stage is a large chase over Gotham City's rooftops with no enemies besides Catwoman herself. In the Penguin's level, Batman must navigate the dark corridors of Gotham City's museum, rescuing the staff. Two-Face's level is a driving sequence, seen from a top-down perspective. Besides kicks, throws and punches, Batman can use a variety of equipment against the enemies. Always available are Batarangs and the grappling hook. Before each mission, Batman can also select additional equipment, like knockout gas spray, throwing stars, smoke bombs and plastic explosives, all with limited ammunition. Special equipment required for certain levels include a flashlight, gas mask and X-ray goggles. If some necessary equipment is missing, it is always possible to return to the Batcave to change the gear and then restart the current level. Many of the situations and environments of the levels are based on episodes from the series and the game's graphics emulate the animation and drawing style of the show.