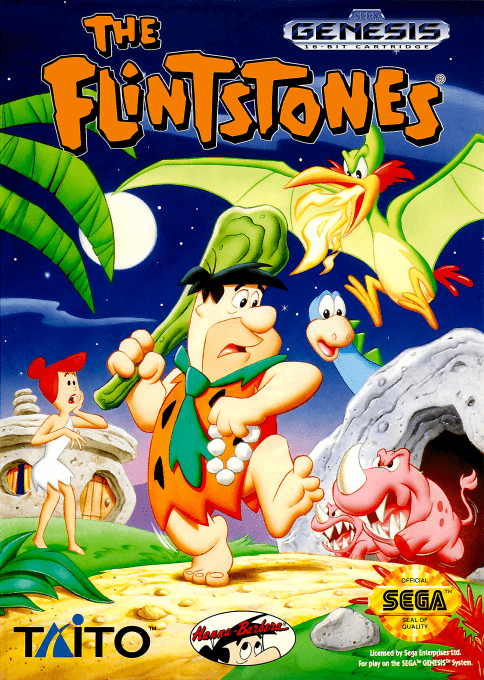 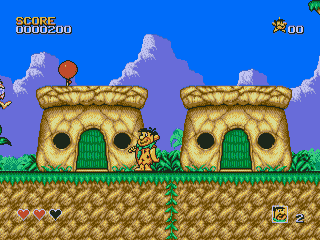 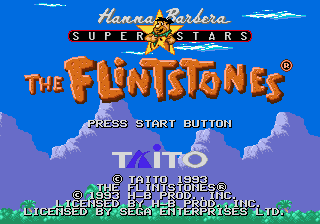 This is a platform game based on the famous Flintstones series. The game features many original Flintstones characters, such as Fred, Wilma, Barney, and others. Instead of the usual "save the princess" or "liberate the world" kinds of a plot, "The Flintstones" is mainly based on small quests: Fred has to retrieve a lost item, etc. The large levels are divided into smaller stages. In the end of each level there is a boss battle. The gameplay involves mostly jumping and hitting the enemies on the heads with a club. The health is measured by hearts. During the game Fred will find many useful items, including some that will increase his health level.