The Flintstones : The Rescue of Dino & Hoppy 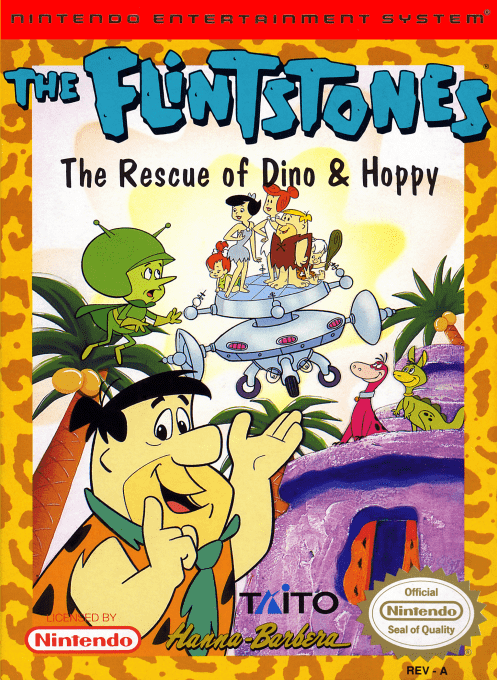 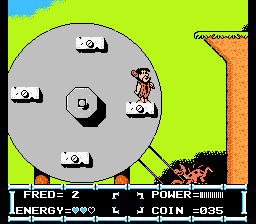 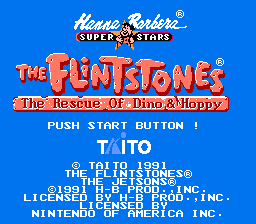 The Flintstones and the Rubbles were enjoying a fine day when suddenly, someone from the future called Dr. Butler arrived and stole their pets, Dino and Hoppy! Butler plans to feature the pets in his intergalactic zoo, and what's worse, he's destroyed the Great Gazoo's time machine so that no-one could stop him! It's up to everyone's favourite caveman, Fred Flintstone, to find the pieces to the time machine and repair it, so that they can travel to the future and confront Dr. Butler once and for all! The Flintstones: The Rescue of Dino & Hoppy is a side-scrolling platformer for the NES. In it, you control Fred Flintstone through various locations such as Bedrock, Reef Rock, the Jungle and more as he searches for the missing pieces of Gazoo's time machine. Fred has his trusty club which he can use to attack with, or charge up it's power by holding B for a more deadly attack. Fred can collect coins after defeating enemies, which are used to pay for secondary weapons like slingshots and tomahawks, as well as special abilities such as flying and diving. After completing the first level, the player is presented with an overworld map that allows you to choose which level you'd like to go to. There are also basketball courts on the map - if you beat your opponent in a game of basketball, you can earn one of the special abilities which are required for use later.