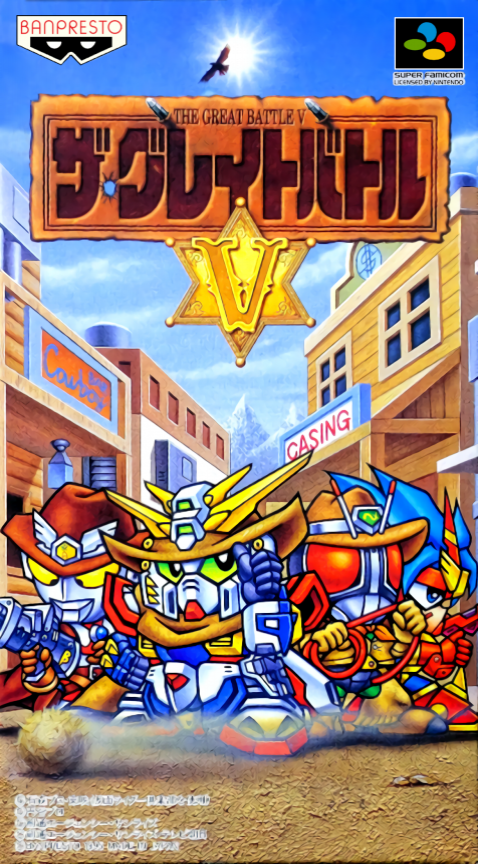 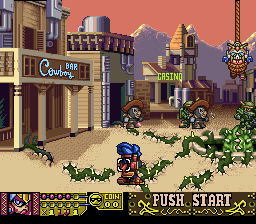 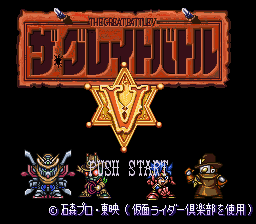 The Great Battle V is an action game for the Super Famicom and the fifth game in The Great Battle sub-series, which in turn is part of the larger Compati Hero Series that combines the universes of Ultraman, Kamen Rider and SD Gundam.nnnnThis game sees the four main characters - Ultraman, Kamen Rider, SD Knight Gundam and Fighter Roar - fight their usual enemies on a Wild West planet. The levels are split between 2D side-scrolling platformer/action stages and third-person shooter stages that resemble those from Natsume's popular Wild Guns.