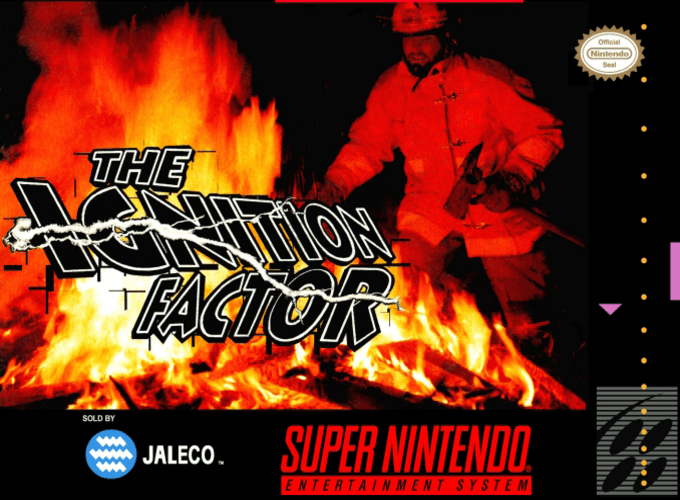 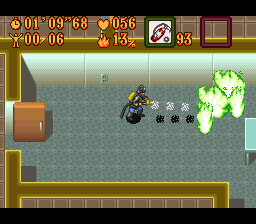 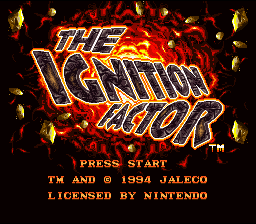 The Ignition Factor has the player take control of one of the most dangerous jobs, a firefighter, as they progress through several stages including a museum, a mine and a variety of buildings including a skyscraper. Before each mission, the player can look at a map and learn of trapped victims and dangerous hot spots and choose their equipment that include a chemical & electrical fire extinguisher, an oxygen tank, a rope and an axe among others. However, the more equipment that the player is carrying, they will not be able to run or kick, limiting the firefighter to just merely walking. The goal of each mission is the same, traverse the building while avoiding fires or extinguishing them, save victims and keep from being burned. Along the way the fire fighters will encounter obstacles that will stop or kill the player including collapsing floors and explosive barrels. There are no power-ups to replenish their health or fire extinguishers so the player must be cautious. Points are awarded after each stage for saving victims, the time left on the meter as well as "Event" points. If the player receives a certain amount of points at the end of the game, they will be treated to a special bonus stage.