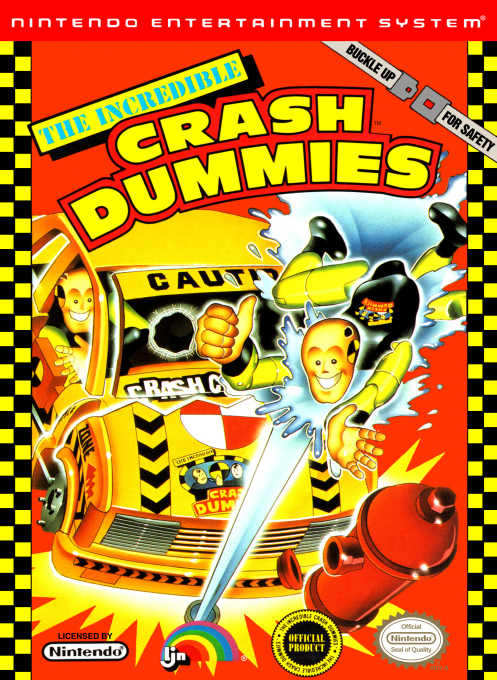 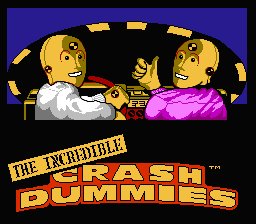 Junkman breaks into the crash test center and kidnaps two of the Incredible Crash Dummies, Daryl and Spare Tire with the intentions of using them for their parts to build his junkbots. Now it's up to Slick and Spin to go and rescue the kidnapped crash dummies. In The Incredible Crash Dummies the player alternates between Slick and Spin as they go through five levels with each level containing 2 stages (except for the 4th level which only consists of one). One of the Dummies' legs has been replaced with a wheel while the other Dummy has his legs intact. So the main difference in gameplay is that in some stages the player either rolls throughout it or walks throughout it. The Dummies' arsenal includes an air gun which stuns enemies at close range and an oil gun which shoots and kills enemies at a far range. There are also a few powerups scattered throughout the stages such as the arrow, balloon, and arm powerup. 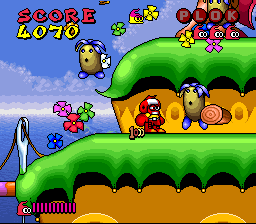