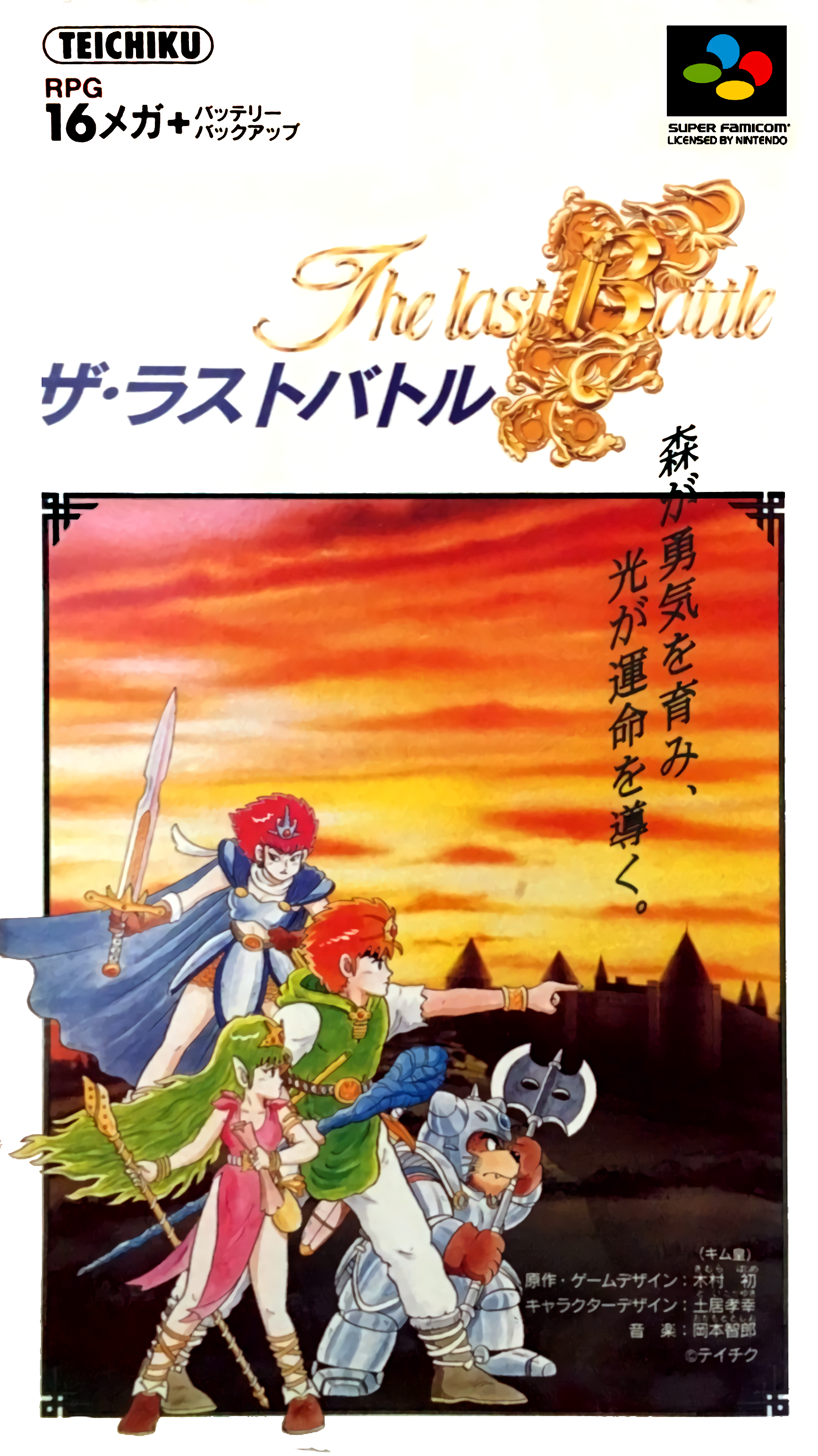 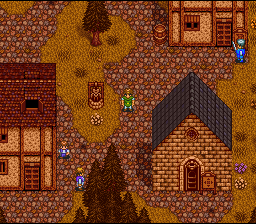 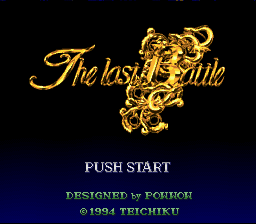 "The Last Battle" for SNES is a RPG in which you control Kurt, a young apprentice magician who lives in Eldar village with his parents. He just turned sixteen, and on the day of his initiation he receives a task from the Great Magician Fehbennels: he has to go to a nearby cave and to retrieve a precious gem. When Kurt returns home, he meets an injured soldier from the Silver Castle. He says the castle was attacked by the army of the evil warlock Glud. The Great Magician Fehbennels sends Kurt to king Gustaf and the ruler of the Silver Castle, Lord Yuri. Kurt gets involved in a conflict between different nations, and meets the elven girl Mei and other companions on his quest to defeat the ultimate evil. The game is a Japanese-style RPG: you navigate Kurt and his party on the world map, visiting towns, descending into dungeons, and fighting random enemies and bosses. The battles are set in auto-mode and are a mixture of turn-based and real time styles. You can stop the flow of a battle by accessing a menu and assigning commands to your characters. The battles are viewed from a third-person perspective, and the characters move around the battle field automatically while performing their attacks. The characters can use physical attacks and a variety of offensive and defensive magic.