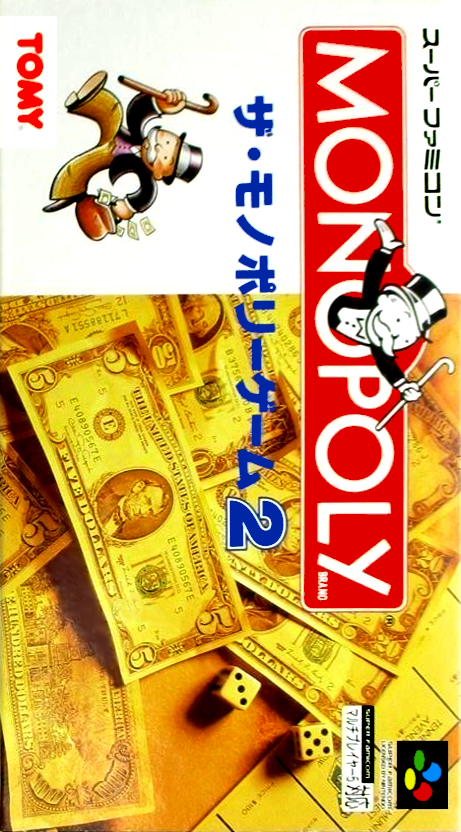 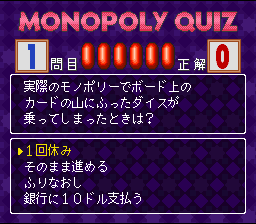 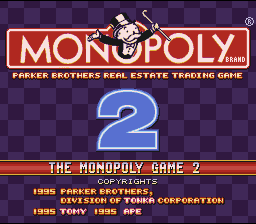 The Monopoly Game 2 is a game based on Monopoly: the famous Parker Brothers board game about acquiring property and making money. It is the sequel to the earlier Super Famicom exclusive 1993 Monopoly licensed game from the same publisher. Neither game was released or localized outside of Japan. As was the case with its predecessor, the player can explore a hub area (this time the Boardwalk Hotel) that leads to various Monopoly games, as well as areas that allow players to learn the history of the board game or its rules. There is also a Monopoly quiz the player can try. Players earn tokens as they win games, which unlock higher stakes games and more difficult opponents.