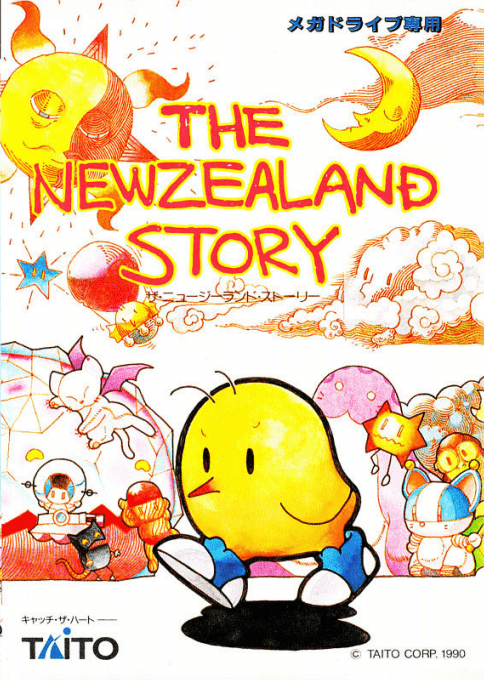 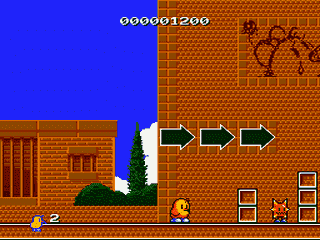 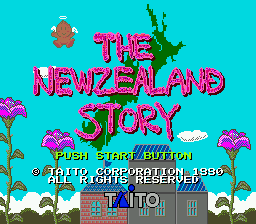 One day, a kiwi tribe was having fun and games outside the zoo, only to be kidnapped by the evil-minded Leopard Seal, who plans to sell them at the black market. Fortunately, during the kidnapping process, Tiki, leader of the tribe, managed to escape the sack, and her job is to rescue Phee-Phee and the other kiwis scattered around New Zealand, and are held in cages in various locations that include Auckland, Rotorua, Waitomo Caves, Strait Cook, and Mt. Cook. If Tiki doesn't rescue a kiwi in a limited amount of time, the devil will appear and try to kill her. When Tiki reaches the outskirts of each city, except Strait Cook, there is a boss waiting to meet Tiki, and kill her by using their own choice of weapons. Also making the rescue mission difficult are several nasties that attempt to throw their own weapons, like bombs and arrows, at her. To defeat these enemies, Tiki shoots at them using her crossbow and arrows. More often than not, when Tiki shoots at enemies, they will leave behind pieces of fruit that she can pick up for points. However, it is likely that Tiki may get other weapons or the letters E, X, T, E, N, and D. Collecting all these letters will result in an extra life, and as for the weapons, they include laser shots, bombs, and fireballs. In some levels, a few areas are located further up than just left or right, and the only way that Tiki can go up is by snatching something off the enemy that gives her the ability to fly up. Other areas are underwater, and when Tiki goes underwater, her oxygen meter decreases, so she has to rise up to the surface again to restore her oxygen levels. Apart from her own weapons, Tiki is able to squirt water at enemies if she gets to the top of the water.