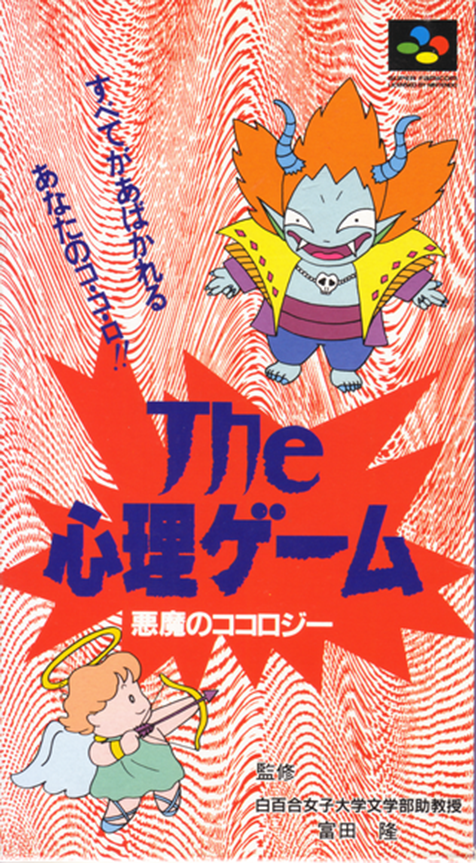 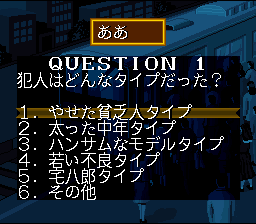 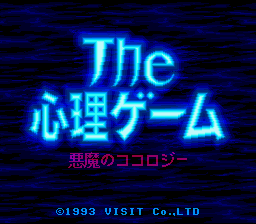 The Shinri Game: Akuma no Kokoroji is a quiz based on judging the player's psychological profile. Various questions pose scenarios that the player weighs in on, and the game attempts to interpret the answers to psychoanalyze the player.nnnnThe Shinri Game series is published by Visit, which would go on to take a developer role for future entries in the series. Akuma no Kokoroji in particular was developed by Ukiyotei, a short-lived company started by an ex-Capcom employee which also created Skyblazer among other SNES games.