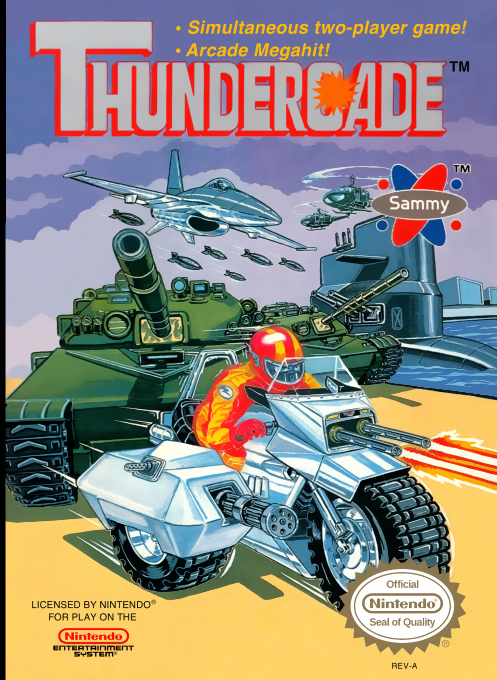 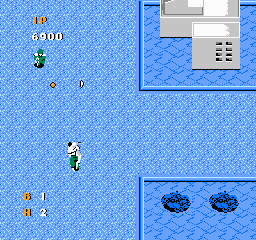 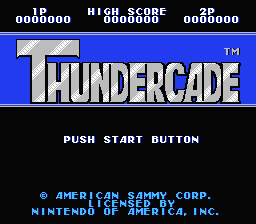 Terrorism has reached new heights. AATOM (Atomic Age Terrorist Organization of Miracali) has constructed their own nuclear power plant, and threaten the world with atomic terror. The world powers have decided to initiate operation THUNDERCADE to stop AATOM. Equipped with a high-performance combat motorcycle, sidecar cannons, and backed by a precision B-7 bomber, you set out on the dangerous mission. The player controls a motorcycle traveling through four distinct areas; the city, the base, the woodlands and the fortress which contains the final objective which is the nuclear power plant. The motorcycle shoots bullets and can be upgraded by finding powerups which add sidecars to the motorbike, which in turn adds more firepower. Also, you can call in a limited amount of airstrikes to help you clear the screen of enemy tanks and troops.