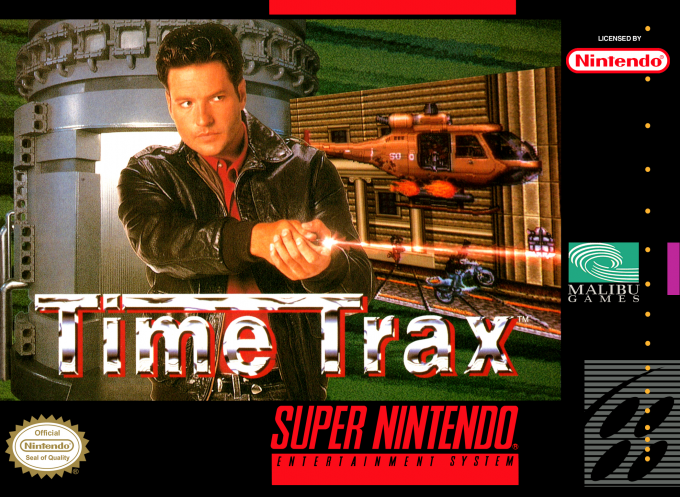 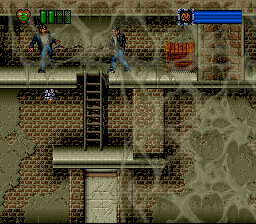 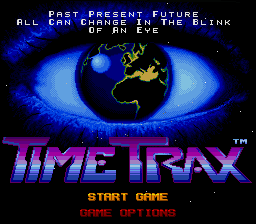 Time Trax is based off of the 1993-94 sci-fi action series starring Dale Midkiff; you take the role of Darien Lambert, captain of the Fugitive Retrieval Section of Washington D.C. It is the year 2193 and your once high arrest record has started to decline sharply as routine trackdowns end in mysterious disappearances. It is discovered that noted MIT scientist Dr. Mordecai 'Mo' Sahmbi has been sending criminals back in time to 1993 using his invention the TRAX time machine, and has gone back himself. TRAX is captured by the police, and three guesses as to who is tasked with capturing the criminals and sending them back to 2193. As Lambert, your primary targets in this game are neo-Nazi racist Sepp Dietrich and Sahmbi himself. You do have some equipment to help you: your supercomputer S.E.L.M.A. (Specified Encapsulated Limitless Memory Archive), disguised as an AT&T Mastercard and whose holographic persona resembles a British nanny, and the PPT (Pellet Projection Tube), a weapon capable of stunning a human from periods of a couple of minutes to a few hours and can fire pellets that render humans transportable to the future, disguised a keyless car alarm remote. Also, you have the ability to "time stall" (this slows the speed of images reaching your brain, allowing you to react quickly) and your Mosh-Ti (an Occidental improvement of martial arts) skills to rely on if the situation gets dire. You'll run through the alleys of the future, through the Smithsonian (circa 1993), ride a motorcycle and jet-ski, battle criminals atop a construction site, and do so much more until you've finally captured the two fugitives. 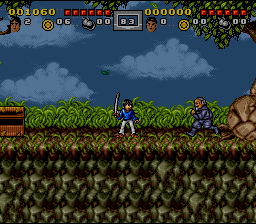 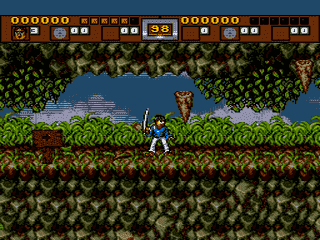 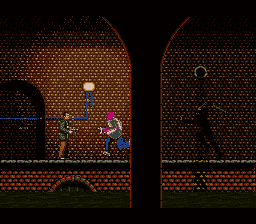 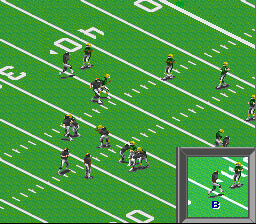