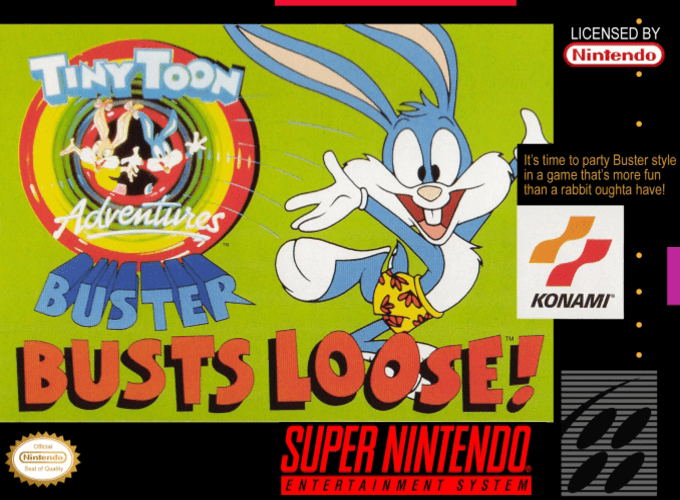 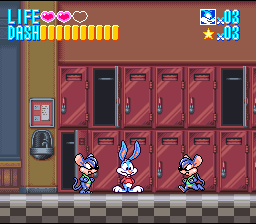 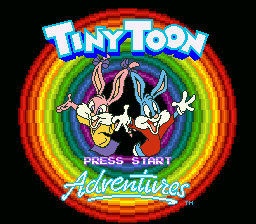 You play Buster Bunny, in a series of levels, featuring characters from the Tiny Toon Adventures cartoon. Most of the six levels are platform levels, where Buster has a number of attacks to defeat the enemies he faces. These include kicks and jumps, and a dash ability that lets you slide into enemies to defeat them, and also climb walls. The fourth level is an exception, and consists of a game of (American) football, played with a simplified version of the rules. The idea is simply to get a touchdown, while as usual progressing at least ten yards in four downs. There are two plays: a running play, where you simply run as far as possible while avoiding the opposing team; and a passing play that starts with a pass that can gain you extra yards, but must be caught. Between levels there are bonus games. You spin a wheel to determine what game you play out of five available.